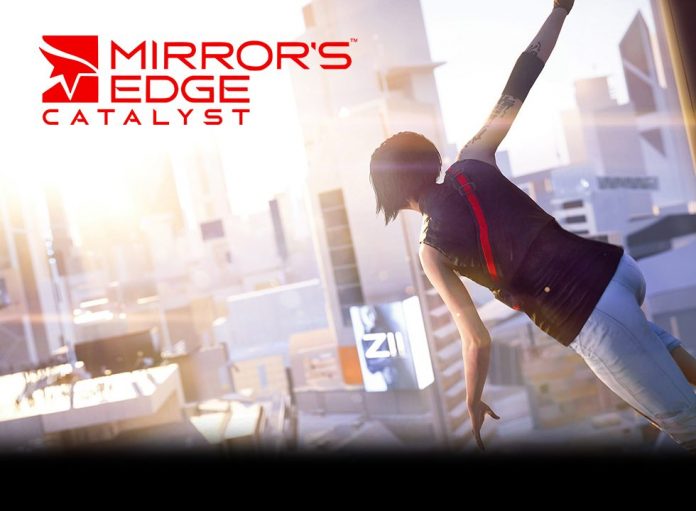 Publisher Electronic Arts is giving you an opportunity to hit the ground running in the closed beta for dystopian-parkour game Mirror’s Edge Catalyst.

Players will control Faith Connors, the protagonist from the game’s prequel Mirror’s Edge. According to the game’s website:

“As a Runner, Faith possesses peak athletic skills as well as vast knowledge of the districts in the city of Glass. She is a skilled fighter and her martial arts abilities enables her to handle the city’s oppressive security forces. Though Runners have an ambivalent attitude towards technology, Faith will make use of a couple of gadgets to gain unique traversal opportunities and a connection to the Runner network, helping her navigate the city.”

“Faith was only seven years old on that clear November day when her life changed irreversibly. A peaceful protest against corporate enchroachment escalated into full-scale riots on the streets of Glass, resulting in the death of Faith’s entire family. She was saved by Noah, who came to raise and inspire her to become a Runner. These days Faith cares only for Noah, the small cabal of Runners around her, and the next run. But events will force her to take a stand in the fight against the oppressive authorities.”

Those interested in the game can sign up here for their chance for a chance at a closed beta key. While there’s no official Beta date, you can also become a Mirror’s Edge Catalyst “Frontrunner” by subscribing to the game’s newsletter. Frontrunners get early access to exclusive content, great in-game rewards, and emails with essential news from the world of Mirror’s Edge Catalyst. The game launches on May 24, 2016 on Xbox One, Playstation 4, and PC.

Check out the game’s new trailer below: