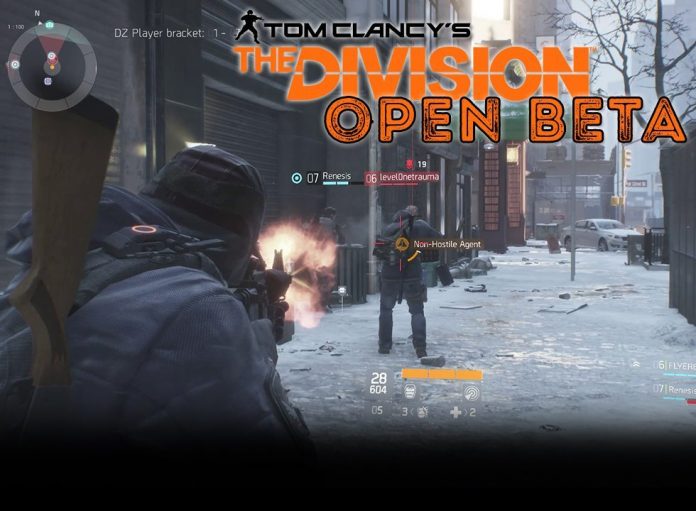 Ubisoft made a lot of people happy with Tuesday’s announcement that Tom Clancy’s The Division will get an Open Beta.

According to an official news release, you’ll be gearing up February 19th through the 21st.  Xbox One users will again get early access, with Beta availability on February 18th. Players on all platforms can pre-load the game on February 16th.

If you’re unable to view the video – In additional good news, Ubisoft reports the development team has resolved most of the PC cheating issues tracked during the closed beta, and all of them will be resolved by launch on March 8. The developers will continue to closely monitor the open beta for any new issues, and address them accordingly.

Veterans of The Division‘s Closed Beta will see new stuff, as well. Ubisoft has announced the addition of new story mission that wasn’t in the Closed Beta. It’s not yet clear if your character from the Closed Beta will transfer to the Open Beta (pre-release characters will not carry over to the full version of the game), but everyone who participates in the open beta gets access to a special in-game reward that will be unlocked when the full game is released for Xbox One, PS4, and PC on March 8th.

Ubisoft will be streaming on Twitch for the duration of the Beta, answering questions for players.

We enjoyed our time during the Closed Beta. Check out our impressions below:

Did you get a chance to play the Closed Beta? Are you excited for the Open Beta? Let us know in the comments.