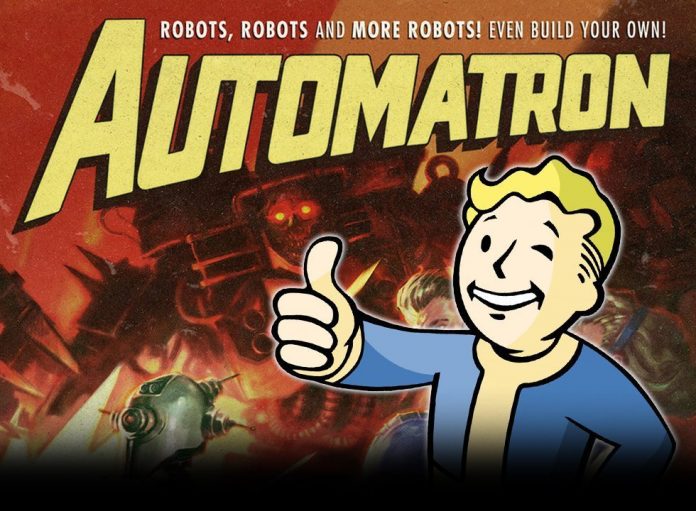 Bethesda reveals “the mysterious Mechanist has unleashed a horde of evil robots into the Commonwealth, including the devious Robobrain. Hunt them down and harvest their parts to build and mod your own custom robot companions. Choose from hundreds of mods; mixing limbs, armor, abilities, and weapons like the all-new lightning chain gun. Even customize their paint schemes and choose their voices!”

Sounds fantastic, and a little intimidating – here are some helpful tips to get your prepared.

Aside from the expansion pack’s release date (March 22nd), there are a few other things you should know about the game. Here’s a list of must-know information to get the most out of the new DLC (no story spoilers):

Fallout 4‘s first DLC, Automatron will be a welcome sight in the Wasteland, adding more quests, items, and adventure. It’s also only one of three announced DLC (more is expected). Bethesda tweeted the expansion should be available at midnight (ET) in North America, and at midnight local time for the European Union.

If you’re curious about what exactly you’ll be able to do in Automatron, check out our article on some of the expansion’s leaked information. You can also see what we think is in store.

Automatron retails for $9.99 as a stand alone expansion, or is included within the $49.99 Season Pass.