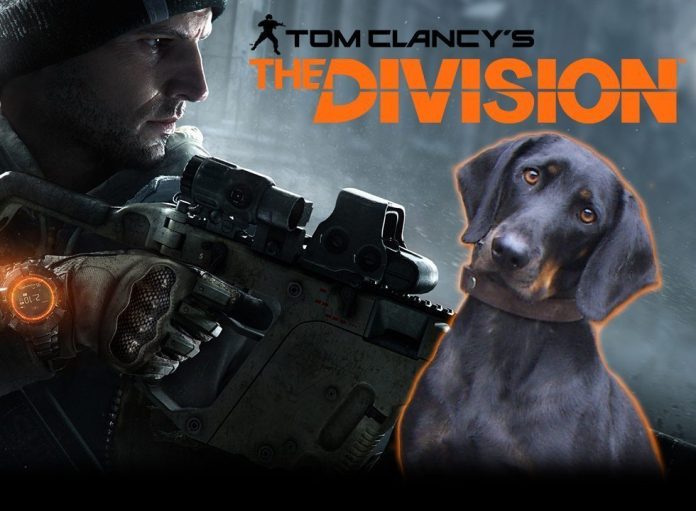 There’s going to be a lot of content in The Division when it launches March 8th. There will be even more over the course of the year in the form of expansions. But one Redditor dataminer has found interesting information hidden in the game’s files: Suicide dogs.

If you can’t view the video, Redditor itsgamerdoc found the reference buried in the game’s files:

If you want to see what else he or she found, you can check out the original post. After some more poking around, itsgamerdoc found the dogs to be linked to one of the game’s factions – The Last Man Battalion. The group is comprised of military types, hell-bent on restoring order to New York City – at any cost.

Dogs have a long history of serving in combat situations, including suicide missions. In WWII, the Soviet Union used dogs for anti-tank efforts – to limited success. Anti-tank dogs were fitted with tilt-rod mines and trained to run beneath enemy tanks (where they thought food awaited). This would detonate the mines automatically, destroying the tank. Due to a lack of foresight, the dogs were trained with stationary Russian tanks and rarely actually ran under moving tanks, instead being shot as they ran next to them. On top of all this, when both Russian and German tanks were present, the dogs would often run towards Russian tanks. Oops?

Dogs served in combat on all sides during both World Wars. They were also present in Korea, Vietnam, and the modern conflicts in The Middle East. Their duties ranged from guard dog, to bomb detection, to mascot. My personal favorite war dog is Sergeant Stubby, a WWI dog. Sgt. Stubby was the official mascot of the 102nd Infantry Regiment, served for 18 months, and was on the line for 17 battles. Sgt. Stubby was wounded several times, and also survived a gas attack. He not only had a special gas mask made for him, but also a coat with which to display his many medals. Sgt. Stubby is even credited for capturing a german soldier, biting him in the seat of his pants.

It’s not known why The Division‘s suicide dogs were removed (probably to avoid drawing ire from prevalent animal rights groups like PETA), and it’s not clear if Ubisoft will add them later on. Cut content is sometimes added back into a game later, if it was not ready at launch. It’s seems unlikely that the dogs were removed because they were not complete – and if they weren’t, Ubisoft should have spent more time on them, instead of fine-tuning the dog poop mechanics.