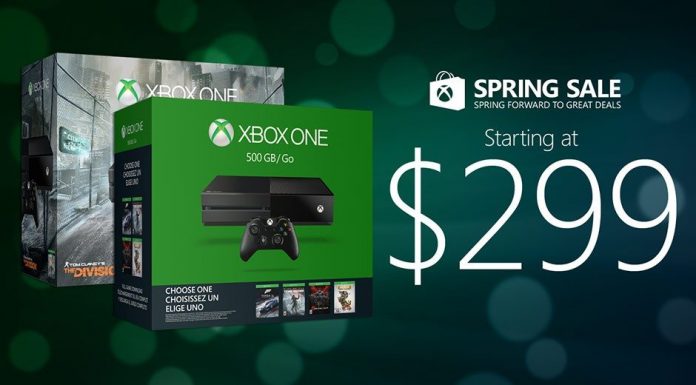 Spring is upon us, snow is melting, daylight savings has happened and a busy gaming season is upon us. Microsoft wants to get you prepared to jump in by offering a discount on the Xbox One console along with savings on a host of digital games beginning this weekend.

Major Nelson has revealed some details on the upcoming Xbox Live Spring Sale event that will begin on March 20th-28th. First up, Microsoft is offering Xbox One consoles at a special $299 price for a limited time. That’s $50 off all bundles including Tom Clancy’s The Division Bundle, the 500 GB Name Your Game Bundle and the upcoming Quantum Break Special Edition Bundle.

Next up beginning on March 22nd and running for one week you can save up to 40-60 percent off on digital Xbox games including titles such as Fallout 4, Halo 5 and Far Cry Primal along with over 150 other titles. There will also be deals and discounts on many backwards compatibility titles such as Fallout 3 and Just Cause 2 which are playable on Xbox One.

If you are a member of Xbox Live Gold you can also receive an additional 10 percent discount on available games and deals.