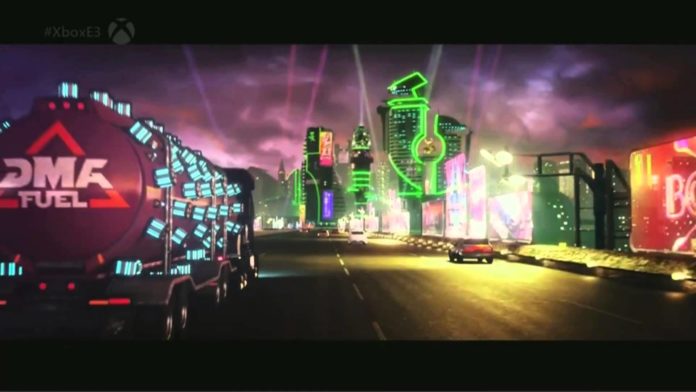 It can be hard to keep up to date with all the gaming news these days and at RGM we understand that. So to help you stay on top of all the big news items that hit the RGM desk throughout the week, we put together a weekly re-cap for you.
Here are the top 5 stories from RGM for the week of May 23rd – 30th:

According to a Kotaku Report, Microsoft is planning on implementing “Project Helix” – according to one source, it is a project to “converge Xbox and Windows”. It’s an open secret that Microsoft want to combine their 2 stand-out brands, and the announcement that Halo Wars 2 and Sea of Thieves will be released on Xbox One and PC is a little step towards that end goal. The Kotaku report states that:
“…Microsoft’s new mandate is to release future games–including the flagship Halo series–on both platforms. The recently-cancelled Fable Legends, which was playable across Windows 10 and Xbox One, was one of the first games to implement this strategy.”
When you consider that Microsoft have a rather large market share of PC Operating Systems the world over and until the Original Xbox in the early 00’s were so symbiotic with PCs that the thought of them entering the console arena was farfetched, it does make me wonder why they haven’t released more of their Xbox games on PC sooner.
As a Xbox or Pc gamer how do you feel about this? Let us know in the comments section.

Clash of Clans: Friendly Challenge + May 2016 Update is here

The new Clash of Clans update has arrived and has been implemented. We have pulled all the details together for you so you don’t have to go looking:
Friendly Challenge
Finally Chiefs you can attack your friends and see how strong or good you say you are. The Friendly Challenge is being released with this update and I know (just from the reactions of my clan mates alone) that it is most anticipated.
Balancing Game-play
The CoC team, in a bid to balance game-play have added new levels and smaller tweaks have been made.
Town Hall 11
• Cannon level 14
• Lava Hound level 4
• Balloon level 7
These new levels should help revitalize high-level air armies while helping to defend against the ground rush.
Town Hall 10+
• Bowler housing space reduced to 6: just didn’t seem to be providing enough value for an 8 housing space unit, anyway more space for other troops.
Town Hall 7+
• Spring Trap levels 2-5: will help catch additional units from time to time.
Others include:
• Edit Mode tools: A bunch of features added to make editing layouts easier
• Donate fully trained Troops/Spells from production queues even if your army is full
• Gem Troops/Spells for donation directly from the donation context menu
• War Logs for any Clan can now be publicly viewed, unless disabled in Clan settings
• Builder Suggestions: Tap Builder Info to see and select suggested upgrades to perform
• Live spectator count is now shown during attack – see how many others are watching!
• Chat stream revamped with built-in Request button.
New Content
The CoC team are not done. They have decided to add two new spells and two new troops.
Are you happy with these changes? Let us know.

This may or may not signify a trend of things to come but it’s still impressive that two of the largest online gaming communities are now able to play together in the fun filled mayhem of Rocket League.
SAN DIEGO, CA – May 24, 2016 – Independent videogame developer and publisher, Psyonix, announced today that the sports-action hit, Rocket League™, now supports cross-network play between the Xbox One and Steam PC versions, making it the first-ever Xbox One game to do so. Nearly 2 million Xbox One players have competed in Rocket League™ since its launch in February 2016, but starting today, that pool of teammates and opponents grows even larger.
With this new addition, players can now easily include (or not include) cross-network rivals in both public and private matches, thanks to an easy-to-find toggle check box in the Options menu.
“We’re really excited to bring Xbox One and PC players closer together,” said Jeremy Dunham, Vice President, Psyonix. “Cross-network play has been something that Xbox One gamers have been asking us for since the day we launched, and thanks to Microsoft’s new cross-network policies, we’re proud to give it to them.”
Xbox One and Steam PC cross-network compatibility is now live.

While we’re normally skeptical about leaks on the internet, sometimes, it’s worth a look.
Reddit user, ilovegoogleglass, posted this picture along with some information from his inside source. I’ve been sitting on some Titanfall 2 information that was shared with me, and I’ve finally got the go ahead to post.
Titanfall 2 will release in October and the mountain dew leak is indeed legitimate. They’ve added a ton of new pilot abilities including the addition of a grappling hook. My source said you can use it quite extensively, for getting into your titan, aiding free-running, or tactical plays such as pulling enemies while they’re midair. The pre-order bonus will be a handgun called the violator. Multiplayer maps are bigger which i can assume they upped the player count to go along with them.
The left side of this will be the box art.
Stay tuned.
Grappling hooks you say? You’ve got our attention. If you look at the leaked image, you can clearly see the wall running pilot with the Titan behind, it matches the blurred background of the Titanfall 2 image currently on the official site.
What do you think about this information? Titanfall 2 released alongside Battlefield 1 and possibly a Star Wars game is a risky move.

Who can’t resist a good hell based first person survival horror game? Well that’s just what Agony is. Being developed by MadMind Studio – a company that boasts a team of developers who have worked on such games as Tom Clancy’s: The Division, The Witcher 3: Wild Hunt and Sniper: Ghost Warrior 2 – Agony is described as:
“Agony is a first-person survival horror game currently in development. Players will begin their journey as tormented soul within the depths of hell without any memories about his past.
“The special ability to control people on their path, and even possess simple minded demons, gives the player the necessary measures to survive in the extreme conditions they are in.
“By exploring hostile environment and interacting with the other weary souls of the hellscape, the hero will soon understand that there is only one way to escape from Hell, and it will require a meeting of the mystical Red Goddess.”
The trailer immediately depicts a graphic and haunting view of hell and you tumbling through it, past demons and tormented souls, past lightning and fire, while a gravelly but already weary and defeated sounding voice tells you that this is the last thing he remembers.
I can’t wait to see further developments on this game, which will be released in 2017 on PC, PlayStation 4 and Xbox One, but it’s always a good premise, so long as the game itself mirrors the atmosphere in the announcement trailer I think we should be in for a great experience.