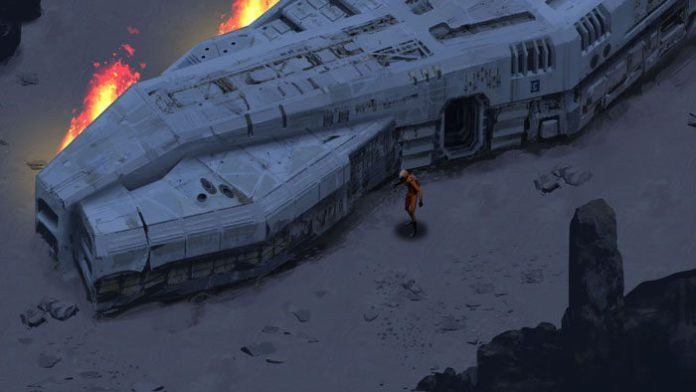 Described as an isometric Sci-fi action on a mysterious alien world…..

Transmission is a hand painted action-adventure game created by Paper Unicorn Games, that blends tactical combat, vast exploration, and intricate puzzle solving, along with a rich narrative in the realm of great science fiction cinema.

The player finds himself deserted on an unknown planet, with little indication of how he arrived. Armed with a trusty plasma cutter and his ship’s sentient artificial intelligence computer, the player must search for a way home, in which he will uncover secrets and challenges beyond imagination, along with a hidden past that the strange planet holds.

The developers have indicated a Zelda inspired combat style: locking onto enemies, energy shield, evading attacks, etc, while the puzzles are influenced by Resident Evil and adventure games.

A lot of buzz is going on about this game. The character motion, the visuals, even the music used for the trailer. Paper Unicorn Games are attempting to make an impact with this game and I know a number of people who like me believe they have a winner on their hands.