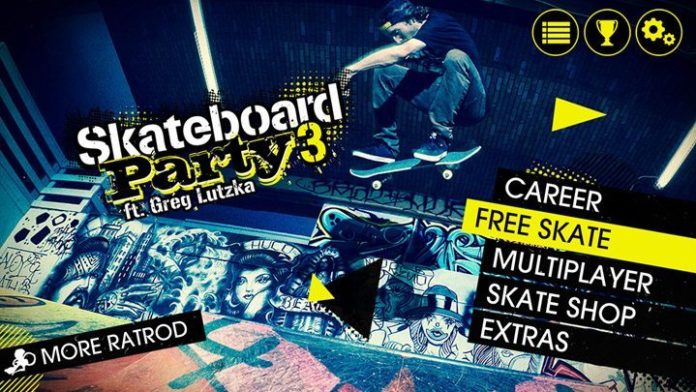 After a successful hit with Skateboard Party 2, having over 1 million android players alone, the team at Ratrod Studio, a studio that has had a long history of bringing extreme sports activities to mobile devices released a trailer for the third part of their Skateboard Party Series: Skateboard Party 3, where at one point video game Greg Lutzka is grinding across the back of a Stegosaurus.

Just in case you are wondering, it will not be long for skateboard fans to wait to find out how captivating the game is as Skateboard Party 3 ft. Greg Lutzka will be released on iOS next week for $1.99, and for Google Play, Amazon, and the Windows Store a week later on June 2nd.

Here is the trailer:

In the mean time hit our comment box for discussions about the game.