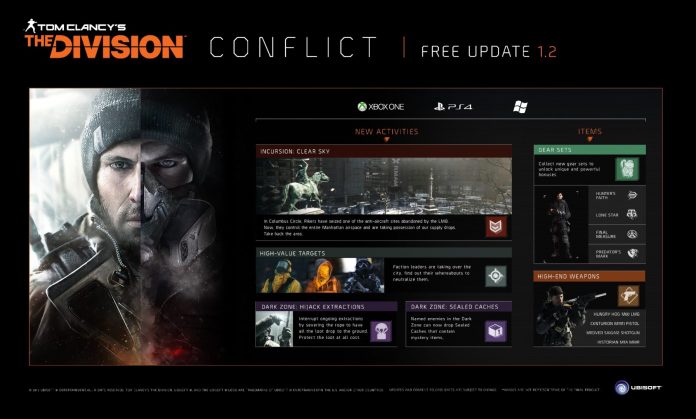 Update 1.2 will be landing in The Division on all platforms May 24th with a huge numbers of changes and additions coming with it.

Along with various bug fixes, there will be changes to the games mechanics, a new incursion, new high-end weapons and gear sets and much more…..