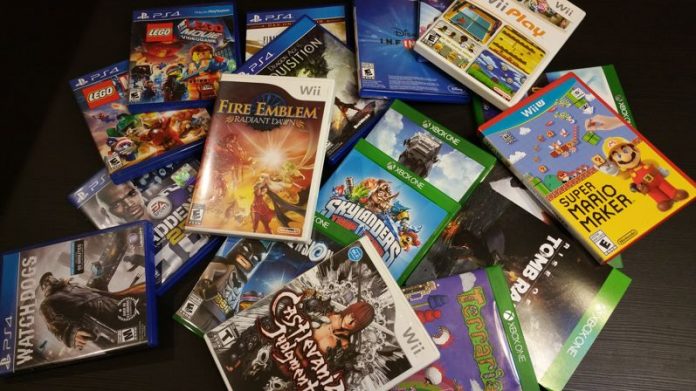 25 years ago, I was an 8 year old kid hanging out in the magazine aisle of the local Cub Foods, sitting down and reading EGM, GamePRO and Nintendo Power. First off, I really must have been a pain for the shoppers that were going down the aisle and second, my parents must’ have really trusted 8 year old me. However, the big thing here was that I use to love being able to read stories of how the game industry worked, how games were made and stories from the people that made my favorite games happen. If you got to enjoy these magazines, you remember how thick they were. They were some serious reading. You learned about the latest games, development secrets and what the future of the industry looked like. Video games were more than a hobby or entertainment, they were a passion.

This passion spread, it influenced the way I looked at games. It made me want to share my stories, as others had before me. This is what writing, blogging or reporting about games should be about. It shouldn’t be about stirring the pot or creating controversy. Sure, that is easy to do but is it really worth it? Looking past the silliness that happens in the game industry now, we are at an amazing crossroads. We have a new frontier on the horizon with VR. There are half-consoles coming out, which are a new territory. Indie games are one of the biggest game markets now, with small groups of people, sometimes only one or two, creating amazing games that deliver unrivaled experiences. Gaming is still awesome, writing about games is still awesome. We just need to remember what got us here to begin with.

The other day, I was at the grocery store and my son asked for a magazine. It’s partially what inspired me to sit down and write about this. As he looked over the magazines, which consisted of nothing worth really reading, he asked what kinds of magazines I liked. There wasn’t a single game magazine on that shelf. If my son wants to read about video games nowadays, he has to brave the world wide web to do so. Basically, video game coverage reaches an older reader-base now. I think I see why there’s been a massive shift in the way things work.

We’ve forgotten about the story of the developer that slept under his desk so he could cram in extra time to get that game completed. We rarely read about the game that almost was, and how a different game came out of it’s failure. Reviews are being written to beat deadlines, instead of creating an experience for the reader. Most importantly, the younger audience doesn’t get to see much of any of this.

Now, the industry isn’t completely bleak and devoid of passion. As a matter of fact, there are plenty of awesome writers out there that are still crafting amazing stories and reviews. They aren’t always easy to find though. Passion still exists, it’s out there and it’s amazing when you find it. Unfortunately, you don’t have the option of paging through a few magazines to look for the one with the stories worth reading. Instead it’s a matter of digging through online aggregation and trying to find the writers that appeal to you.

You can still find the passion out in the wild. If you’ve ever been to PAX, it’s great to see fans out there just soaking up the games. The cosplayers spending a weekend being their favorite characters. The writers out there trying to find the next big game and the devs out there trying to put years or work and passion out there for everyone to enjoy. Industry only events like E3 are also great to see people that truly care about video games, but it really isn’t somewhere you can just walk into from off the street. It’s amazing to be at one of these conventions, if you haven’t been to one, go out and attend one. You’ll love it.

The passion for telling the story of video games took me on an amazing adventure that included writing for a real paycheck. I’m still on that journey and I still believe in the passion of the video game industry. If one person ever reads anything I’ve put out on the internet and says “man, video games are cool!”, then I’ve done my job. The name of the game may have changed a little bit, but the incredible stories of passion from the video game industry still exist. We may not have magazines lining store shelves anymore, but there’s scores of writers out there that still believe that video games are an adventure.

Join us on that adventure and buckle up, it’ll be a hell of a ride!