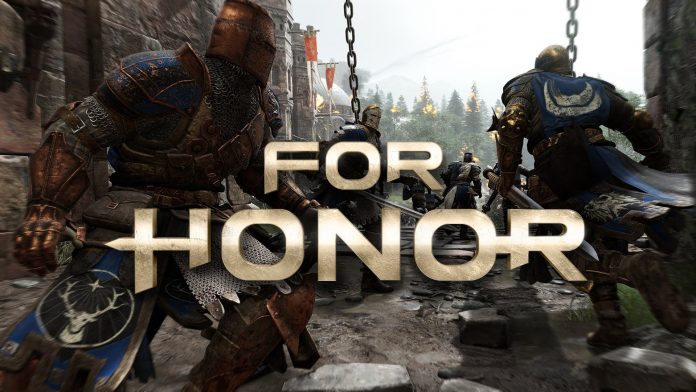 Honor drives many warriors to charge into their destinies to accomplish feats that astound the world…this is no exception for Ubisoft’s epic 3rd person hack and slash title For Honor.

The creative team at Ubisoft Montréal has yet again redefined competitive style game play that will allow players to play as either a Viking berserker, a dedicated Knight, or a duty-bound Samurai.

For Honor has it’s game play set in a backdrop of medieval siege/defense where depending on the player you will be tasked with defeating or defending the map from the opposing team, the winning team gaining the advantage and scoring points to move on.

The extraordinary fight system employed in this title has been referred to as the “Art of Battle” combat system; where players are tasked with observing their opponents fighting stance and counter it with the opposite stance to block incoming attacks and attack your opponents open areas.

For Honor is set to have breath-taking battles where players can command an army of Samurai to attack a medieval castle filled with claymore sword welding Knights, or a battle between Vikings who have their sights set on plundering a Samurai garrison filled with warriors ready to meet a beautiful ending but first they’re sending the invaders to their feasting hall within sacred Valhalla.

This title is going to arrive on February 14th 2017 which will make a perfect gift for that special someone in your life; joining in with a significant other to experience stunning cinematics accompanied with a keen tactical narrative is just the right medicine to glue a relationship in gaming, and make it long lasting.

For advertising or business inquiries, contact us: in[email protected]