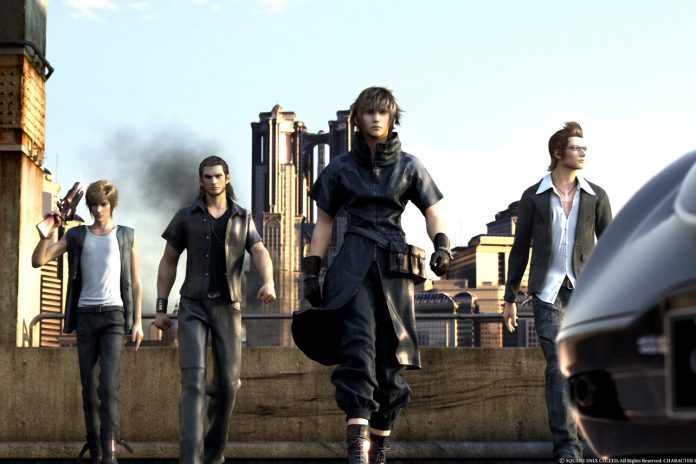 We were treated to a live demo of Final Fantasy XV’s battle system, for the first time on Xbox. The demo on PlayStation featured a boss battle with a large enemy, as did the demo given to players of Final Fantasy Type-0. However, this boss was by far larger. Like, Shadow of the Colossus, or Kronos in God of War III large, but with that distinctive and extraordinary Final Fantasy style, harkening back to Emerald and Ruby Weapon from FFVII.

The battle system is fluid and interactive, with a simple control scheme that responds immediately, and the characters in your party act accordingly. Items and weapons are used and exchanged between party members dynamically, and dialogue is fast-paced and reactive to give you that feel of teamwork and camaraderie, which is essential to the continuation of Final Fantasy’s legacy.

The music is just as epic as it needs to be, to add to the overall scale and impressiveness. This is going to be the next step in Final Fantasy’s continuing evolution and dominance in the JRPG genre. Get set for September 30th when it’s released.