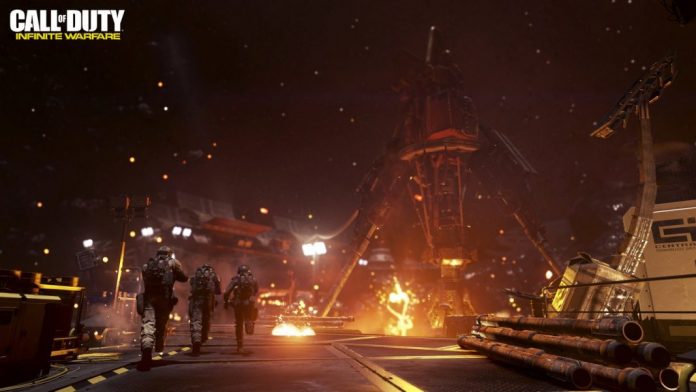 A new video has been released for Call of Duty: Infinite Warfare which showcases one of the campaigns missions called ‘Black Sky’.

You can check out the gameplay video below:

“When the Settlement Defense Front attacks UNSA forces in Geneva without warning during Fleet Week, Lt. Reyes and his squad have only one option: Fight back against the SetDef and give ‘em hell. Check out the Campaign gameplay from “Black Sky” in Infinite Warfare.”