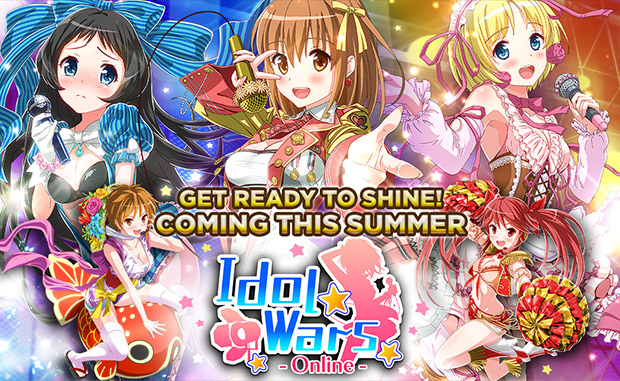 Flashy lights and colorful girls, WOW!!! This game seems to be one of a kind. An August 2016 release for this popular Japanese-language competitive online Role Playing Game Idol Wars, has been announced by Nutaku.com, an online gaming portal. In anticipation, the developers have released an introductory trailer for the game. Watch below.

The game is localized for English-language audiences and pre-registration for the game kicks off today August 1. Click here to register.

Produced by GRIPHONE, Inc., an online games development company, Idol Wars is a browser game where players take on the role of a producer of a Japanese Idol group as they make their way from fresh-faced debutantes to seasoned starlets. It is the whole package people with gameplay consisting of recruiting, training, and leveling a team of Idols to face off against rival group opponents, both AI and multiplayer. End up building your own music empire.

I  am curious to hear what you game fans out there think of this game so drop your comments below.