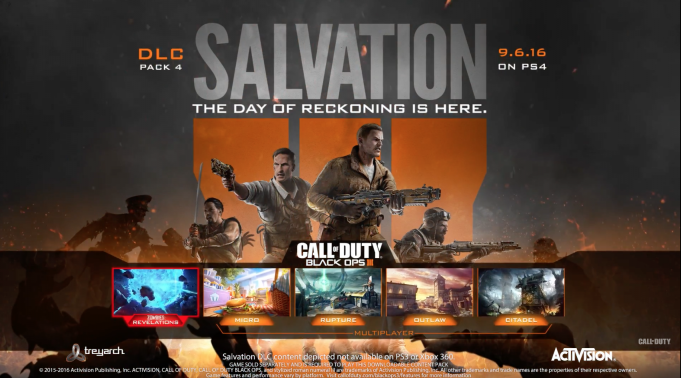 The fourth installment of main DLC for Call of Duty: Black Ops 3 has been revealed. Named ‘Salvation’ this DLC will include four new multiplayer maps and a new addition to Zombies. Releasing first on PlayStation 4, Salvation will be available on September 6th, with the Xbox One and PC versions to follow a month later. (Please note: This DLC will not be available on the PlayStation 3 or Xbox 360 versions of the game.)

The Salvation DLC is included in the Season Pass, however if you opted not to buy the pass you can purchase this DLC for $14.99 USD.

In their epic journey through space and time, Richtofen, Dempsey, Takeo, and Nikolai come face to face with the mysterious Dr. Monty in The House.

The Salvation DLC Pack includes four new multiplayer maps — Outlaw, Citadel, Rupture, and Micro — and Revelations, the thrilling climax of Treyarch’s Origins Zombies saga that has been eight years in the making. 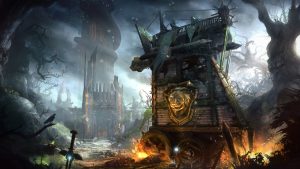 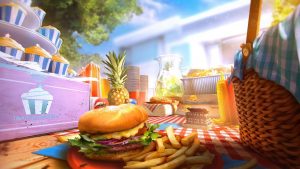 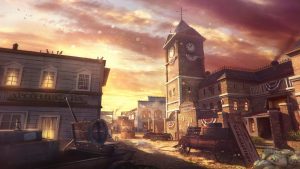 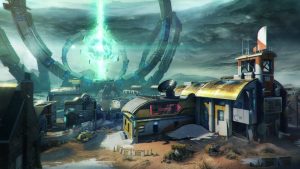