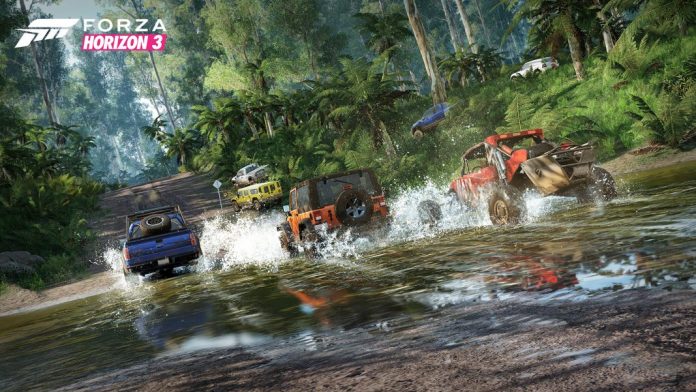 Today, Turn 10 and Playground Games are releasing an update for Forza Horizon 3 for Xbox One and PC. The update is said to increase stability and performance issues, specifically the PC version. Also released in the patch are new Horizon Edition cars available in the wheel spin upon leveling up. Here are the notes for the patch:

· Fixed a TDR for Windows 10 players

· Improvement to performance in upgrades and tuning screens on Windows 10

· Fixed a stall when driving in Byron Bay on Windows 10

· Stall fixed when applying Drivatar liveries while driving on Windows 10

· Stall fixed when driving in free roam on Xbox One

· Fix for photo mode being blurry for some Windows 10 players

· Added option to mute microphones in-game (Xbox One and Windows)

· Fixed an issue where the Perk “The XP Bump” worked in Online Adventure. Now it provides no benefit outside of single player racing

· Added a 30-second cooldown to the Drift Tap Skill

· Reduced the amount of XP awarded for banking Skill Chains

· Fixed an issue where the Landmarks stat was incorrectly listed as 21 instead of 19, stopping players reaching 100 percent complete

A lot of improvements are being made to an already great game, I’m personally looking forward to some more Horizon Edition cars to strive for.

Let us know what you think of the patch notes in the comment section below or in the RGM forums.