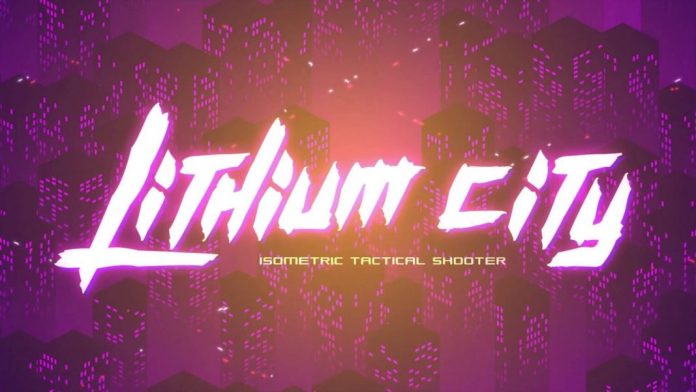 I love looking and digging around the big wide internet and finding a new game that really grabs my attention. Usually these games are indie titles that have a certain quirk to them or just look and feel a little different to the “norm”. One such game is this little number which is currently on Steam Greenlight (and has been Greenlit), called Lithium City – check out the trailer below.

Lithium City is described on the Steam Greenlight page as “a stylish fast-paced isometric shooter set in a neon-drenched city of impossibly tall buildings” you have to fight your way through these brightly-lit arenas using “a combination of fists, blades, guns, and wits.”

“You play as an unknown girl thrust into an uncaring world of electricity and violence. Taken in by your mentor and chief, you are sent on mission after mission to destroy an unrelenting force of battle droids. Music pulses through you as you lose yourself in the trance of combat. Shards fly as superheated bullets pierce glass, crystal, circuit and body.”

The music and sound effects in the trailer certainly look to compliment each other nicely and the gameplay does indeed look very fast-paced and smooth – Lithium City definitely looks like the kind of game I will be able to sink my teeth into. Lithium City is looking likely for release sometime in the early months of 2017 through Steam for PC and Mac.