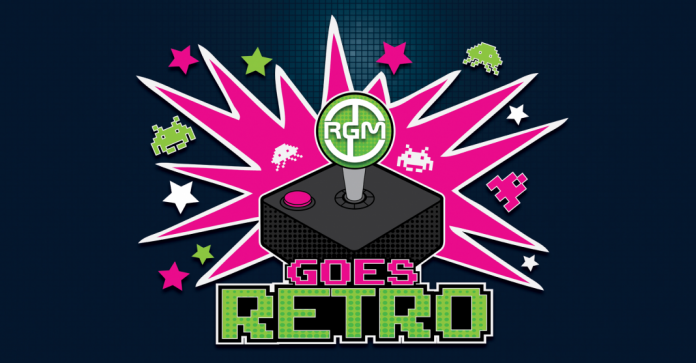 My first gaming console was the NES.  I started playing it when I was four years old.  It was technically my sister’s console but I used it much more than she did.  I want to take an opportunity to discuss some of the games that I grew up with.  Games that I have fond memories of and contributed to my childhood.  For this week’s RGM Goes Retro, I’d like to discuss with you one of my all-time favorite games, BurgerTime.

BurgerTime originally started out as an arcade title in 1982 and was created by the now defunct, Data East Corporation. In the game you play as a chef named Peter Pepper.  Your objective is to navigate the maze-like structure in order to build burgers one layer at a time.  The player is constantly being chased by walking hot dogs, pickles, and an egg.  They act similar to the ghosts in Pac-Man, however, unlike Pac-Man, Chef Peter has a pepper shaker that can be used a few times to stun the enemies.  Enemies effected by the pepper can also be set up to be squashed or carried along with a burger topping for extra points.  The burgers are created by running over the ingredient one layer at a time in the maze.  When you run over the ingredient it will fall to the next floor of the level.  The game contains 6 different mazes of increasing difficulty that repeat infinitely in a cycle until the player loses.  It’s a simple concept as most games were back in the early 80s.

I was not around to play this in the original arcade format. My experience with BurgerTime comes from the NES port.  Other than Mario Bros/Duck Hunt combo that came with the NES, my parents bought us three other games to start with.  They were Q-Bert, Paperboy, and BurgerTime.  I enjoyed all of these games but BurgerTime stood out to me and was the one I always went back to play so that I could beat my previous score.  The gameplay is simple and addictive.  For anyone that knows me, I am also a bit of a foodie, so a game about making burgers is right up my alley even as a child.  What drew me to this game were the characters.  I found the idea of a Chef being chased by hot dogs, pickles, and eggs to be rather humorous albeit ironic.  The characters reminded me of cartoon characters and I was immediately drawn into the game by the cover art alone.

The game is very fun to play but that is also not the main reason I have such fond memories of BurgerTime. This was one of the few games my Mom would play with me as a child.  Even though they are a bit fuzzy, I still have memories of playing this game and taking turns with my Mom to see who could get the furthest.  These memories are one of my most cherished experiences as a gamer.  About a year ago, I was in New York City at a bar called “Barcade”.  This is my favorite bar because it serves craft beer and has a collection of vintage arcade games to play.  All the games are $0.25 to play, just like the old days.  While I was at Barcade I was looking around to see if they got any new arcade cabinets since the last time I was there.  Much to my surprise, off in the corner I saw the original arcade cabinet for BurgerTime.  I immediately took my beer and started playing.  I played the game for about an hour straight, filled with nostalgia.  I finally got to experience the arcade version of BurgerTime after 26 years since the first time I played it on my NES.  It’s moments like these that make me take a step back and think how the little things in life are the most important to me.

If you ever get a chance to go to Barcade in NYC, take a look and see who’s playing BurgerTime.  There’s a good chance it may be me.