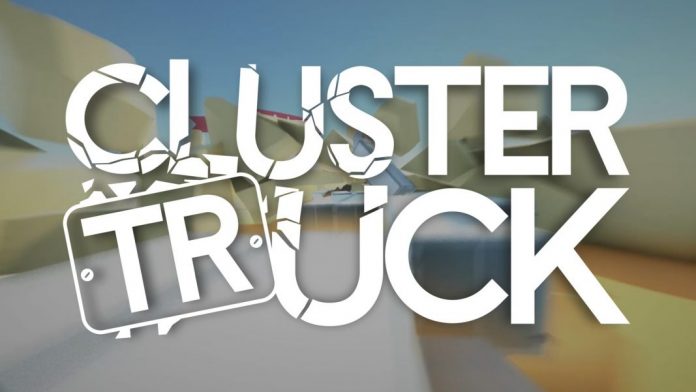 I’ve never been a huge fan of running games, I’ve only really played them on my phone during a bathroom break. You have the runners like Temple Run, Candle Runner and a handful of others. But I haven’t really seen a running game on a console since the late 80s, early 90s. I guess you could say Mirror’s Edge is a runner, though there’s no goal line unless you are doing time trials. The last true runner that I can really remember is 3D World Runner for the NES. This was a running game where you could wear these 3D glasses and have a 3D experience in your home. It really didn’t work, but it was a neat feature to try to implement, especially for a console game in that era. 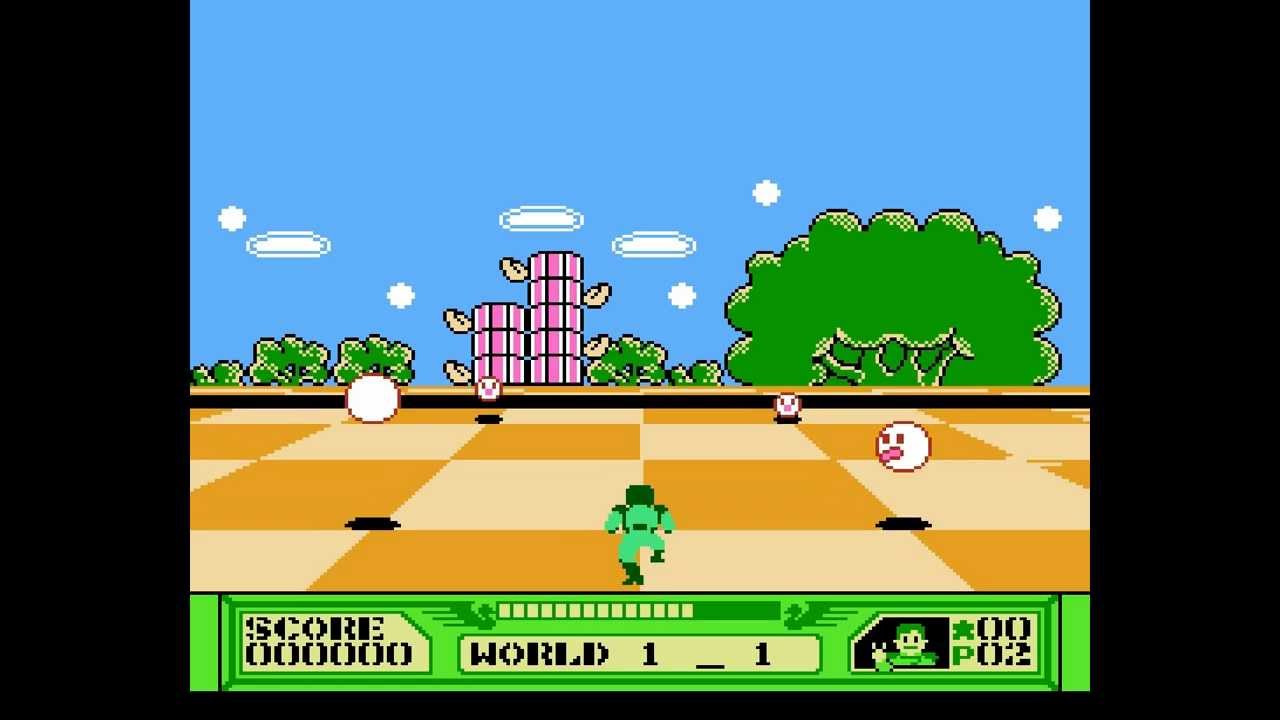 Clustertruck is no different from the games mentioned above. It’s a running game where you have to race to get to the finish line in the fastest time possible to move to the next section. Easy enough right? Except it isn’t. Clustertruck is an insane runner through a gauntlet of trucks. You may think to your self: “Well jumping to different platforms of trucks and leaps of faith don’t seem that hard.” But it really is! What I didn’t mention was that there are obstacles in your way that you have to maneuver around. There are swinging pendulums, fireballs, lasers, launch pads that send trucks soaring in the air, exploding trucks, massive hammers that come down and try to crush you, also these side wall plates that push you off of the screen. That’s just a hand full of the traps that this game has in store for you. 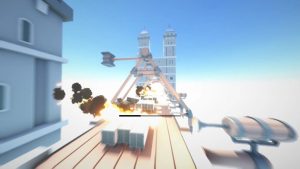 I enjoy the challenge of hard games and Clustertruck doesn’t disappoint. I would even go as far as saying that Clustertruck is the Dark Souls of runner games. It doesn’t get brutally hard right away. It gradually increases the difficulty for the player. I like how the game has this learning curve, so it doesn’t shy away players that have never played a game like this before. Clustertruck also gives the player abilities to help them get through the brutal gauntlet of trucks. After you collect some points you can unlock abilities, like a double jump and a hook shot, to name a few. 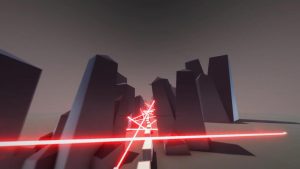 Clustertruck also has some nice features to it as well. You have a map editor and you can make your own cluster of carnage, you can try some of the communities maps as well. There’s also a Twitch feature that when it’s enabled allows the Twitch chat to decide your fate. The viewers can vote to either help you or make it just brutally difficult for you. They can give you big trucks or small slim trucks, where if you don’t land perfectly you fail. Viewers can also vote for modifiers such as exploding trucks and heavy gravity. Viewers can also take control of your hook shot and make it shoot endlessly. There are even more surprises that I don’t want to spoil here. 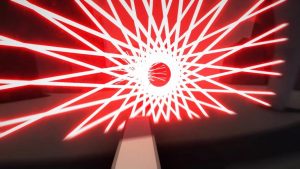 This game is simple yet it does have its issues. As far as the controls go, they are average at best. There are times where you are holding down jump to get high elevation and it doesn’t read that you are holding down the space bar. It seems like it will only let you get a small jump at times, this control issue caused me to die quite often. Precision is everything in this game, especially if you are going against a ghost. You want to gain momentum and do a high jump but yet you fail because of the input or delay. When you are doing leaps of faith to land on far away trucks or if you are plummeting from a high perch, even if you line it up perfectly, you seem to slide off a truck. I understand that in some of these segments you are flying like a bat out of hell and have tons of momentum; but if I land on the truck with the bed going length wise then my momentum shouldn’t push me off the truck, especially if I’m holding back in the opposite direction to slow down. This is another thing that got me: when you are trying to slow down there’s no happy medium; you either slow down too much or it’s too fast where you over shoot or fall too short of a truck bed. 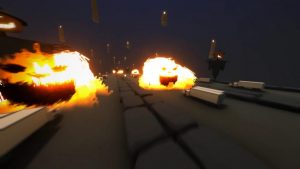 While the abilities you have are fun they can be very frustrating to use, the hook shot is a perfect example of this. Sometimes when you use the hook shot it zips you to a truck, but sometimes it goes so fast that it shoots you past the truck you had hooked onto, even if you hooked the truck in the middle of its bed. There were some instances where I just wanted to swing around obstacles, but it’s more of a zip line rather than a swing. I hope they can tweak this up where you can have either option. So you can zip in or have a nice swing like Spider-Man. 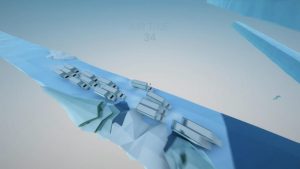 As for the Twitch chat integration. As brilliant as this feature is, it doesn’t quite fire on all cylinders. During our live stream folks in the chat had issues voting. I also noticed that the voting overlay seemed to go away after I completed a few levels. I had to back all the way out to options and enable it again . For some reason it just kept turning off. This took away the experience not only for me but also for the viewers. I can understand if the voting gets disabled because it’s just too damn hard at times to let you get past a level, but it shouldn’t completely disable the feature. Once you get to the next stage the voting should continue like normal.

The developers over at Landfall Games have a hell of a game here.  Clustertruck is a diamond in the rough. I don’t think many people know about this game but I hope it changes after today . The game is fast, frantic and most of all a blast to play. The replay value here is very high. This game caters to just about every gamer out there. If you like runners like Mirror’s Edge this is the game for you . If you have a weekend and you are looking for a new game to try out. Pick this up, it will not disappoint, not one bit. Even if you hate games like this, try it. Clustertruck may change your mind on how you feel about running games.