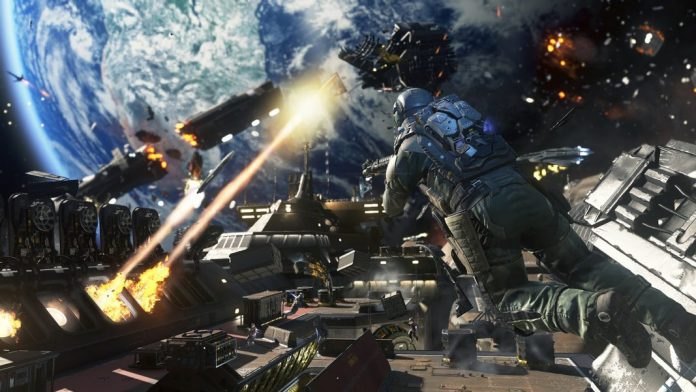 The sales figures for Call of Duty: Infinite Warfare’s first week in the real world and the numbers are, on the surface, not great.

According to Gameseek, although Infinite Warfare placed at number one in the UK sales chart, it under-performed when compared to the first week sales of last years effort, Black Ops 3. By quite a substantial margin. Gameseek report that, based on the sales in the same time period, Infinite Warfare has sold 48.8% less than Black Ops 3.

Although this is an obvious decline, and clearly something Activision and Infinity Ward don’t want, there are more factors to consider here than just; there are fewer people buying the game.

First off, and probably most importantly. There are two HUGE, well reviewed (in many cases slightly more favorably) AAA shooters that released within weeks of Infinite Warfare in Battlefield 1 and Titanfall 2. Both the competitors were released ahead of Call of Duty and have been getting a great reception. As is expected, Battlefield 1 was Infinite Warfare’s main competitor and having had a much more positive reception since its reveal, has made it much more difficult for Infinity Ward’s shooter.

It could be that many gamers have boycotted Call of Duty this time around, making a statement against Activision for holding the Call of Duty: Modern Warfare Remastered hostage behind an expensive wall. Many hope that the remaster will eventually release separately despite Activision attesting that it will not.

Or in a post Brexit Britain, are people being more thrifty in anticipation of what might come, given the economic instability that has arisen in the country since the vote to leave the European Union back in June?

Forbes makes some points that are worth considering:

Though these are all important points to consider, it is hard to not ignore the slew of apathy and disdain that Infinite Warfare has received since being revealed. Many Call of Duty fans feel that Activision are not listening to what they want and are continuing to move away from what makes CoD great. Of course, this is subjective, I want more World War Two shooters, where others want Modern Warfare and Modern Warfare 2 remakes and sequels.

That’s not to say Infinite Warfare is a bad game, and Infinity Ward probably started working on it well before the Call of Duty community became more vocal in its reticence, but those figures are quite telling and Activision probably need to have a rethink how they want to move forward from here…or you know just push micro-transactions given how lucrative they seem.

Activision Blizzard (entire company, across all titles) made over $1 billion just from in-game content sales in 2016 so far.

Of course, a bad year for a Call of Duty game is probably a great one for many a developer. Though the loss in revenue may be the catalyst to getting the Modern Warfare remaster released separately.

Did you pick up Infinite Warfare? Do you think Activision need to buck their ideas up? Let us know in the comments below or on the RGM Forums.