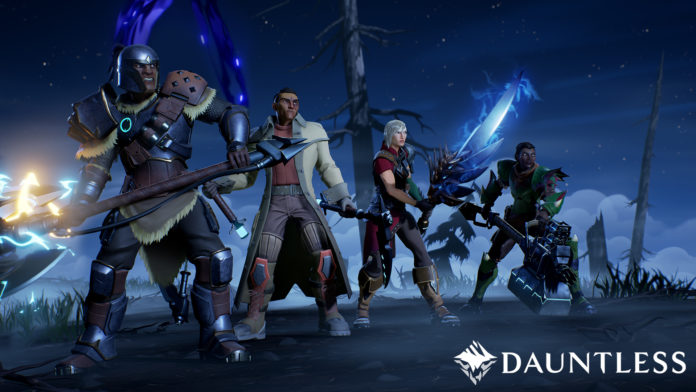 Announced during the 2016 Video Game Awards, Dauntless is a free-to-play co-op action-RPG being developed by Phoenix Labs. It will feature massive creatures known as “Behemoths” that threaten to consume the entire world. You will be able to craft powerful weapons and armor to aid in your fight against these mysterious creatures.

Dauntless takes place in a “Shattered World” filled with floating islands and weird energies. In the reveal trailer, upon arriving on one such island by airship, a scarred female warrior encounters one eager fighter after another, till at last confronting one of the many deadly Behemoths.

If you are interested, the official website is taking sign-up requests so you can be among the first to learn new information about the game and when the beta takes place. Dauntless will arrive on PC sometime in 2017. Do you think it looks interesting? What questions do you have of the world and its lore? Let us know below!