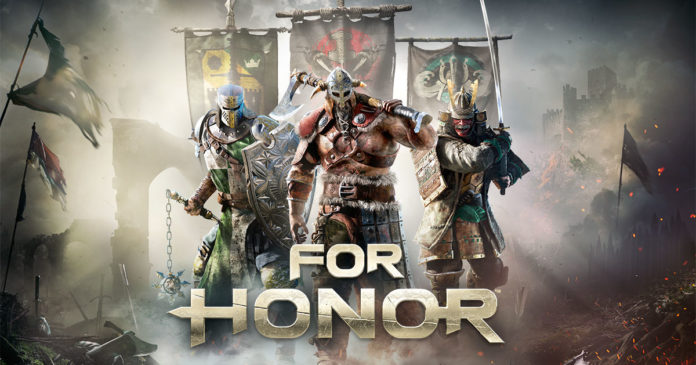 Some potentially contentious news from the Ubisoft camp today, as highly anticipated medieval slasher For Honor, was confirmed to need a constant internet connection to play. Including the single player campaign.

The news comes from NeoGAF where user ‘GameZone’ had pressed for information from the Ubisoft community manager via their forums. The community manager confirmed the suspicions that GameZone had had after noticing an “Internet Connection Required” label on the box art for the game, despite the website for For Honor claiming that the single player would be playable offline.

GameZone screenshotted the reply which you can see here:

The response confirms that For Honor is an “always online experience” attributing the decision to components of progression being hosted online which are shared by the singleplayer and multiplayer experience.

Where it is not uncommon for games to be online only, it is usually the case for games that are based solely online (see Overwatch, Rainbow Six: Siege, The Division etc.). A singleplayer game that has to be played online may well alienate those people who do not play online, or indeed use their console whilst connected to the internet.

Considering every console requires the internet to set up and PCs usually are connected to the internet too it probably shouldn’t ruffle too many feathers. Given the response Microsoft had when they initially tried to make the Xbox One always online you can be sure that this won’t be popular, especially when you consider how spotty internet services are for people. One’s things for sure, Ubisoft need to be certain that the online servers for For Honor are ready to go as I can forsee many an angry person staring at a “servers unavailable, try back later” screen and regretting their $60 purchase.

For Honor is scheduled for release on February 14th for Xbox One, PS4 and PC.

Let us know what you think to this news in the comments below or on the RGM Forums.

You can also share the news on various social mediums using the buttons below.