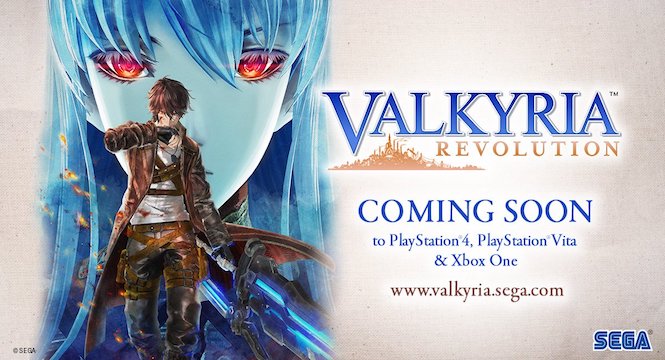 Sega has announced today that the latest chapter in the Valkyria Chronicles series of RPGs is being prepared for release to western audiences. Formerly titled Valkyria Azure Revolution in Japan, the Azure part is being removed for it’s eventual early 2017 launch and it appears the game will no longer be a PS4 exclusive as it will be coming to Xbox owners to enjoy as well.

Fans of the franchise should get ready for a literal revolution in terms of gameplay and style as Sega has made some substantial changes to the Valkyria formula. In Revolution, the usual turn-based action of past games in the series is replaced with active-style, real-time combat on a living, evolving battlefield. A short demo was provided to Japanese gamers earlier in the year leading to much fan outrage in response to the alterations made. To the developer’s credit, they took on all criticism and tweaked gameplay systems to improve the experience for all.

That’s not the only change either. Valkyria Revolution takes place in an alternate timeline, continent, and universe. The story concerns five lifelong friends consumed by personal revenge who plunge an entire continent into war, sacrificing the lives of countless innocents for a cause based on twisted half-truths and outright lies. Sounds interesting!

Check out at the Japanese trailer for Azure Revolution for a glimpse of the new installment:

Valkyria Revolution will arrive in the US and Europe in spring of 2017. The PS4 and Xbox versions will be available both physically and digitally in all regions. The PS Vita version will be digital-only for all regions.

Are you a fan of the Valkyria series? Excited by the new direction it’s taking? Tell us in the comments or hit the Forums.