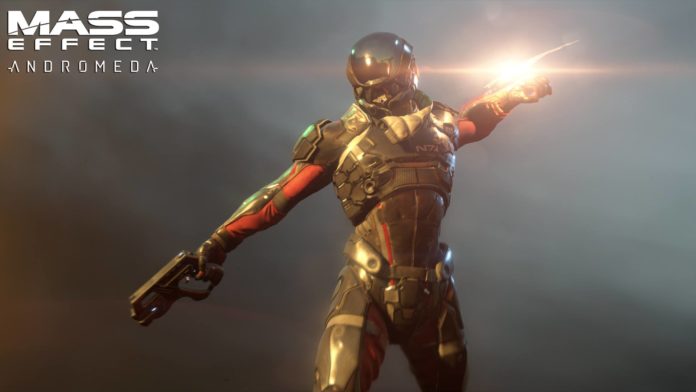 If you were at all hoping that Mass Effect would be expanding its melee options beyond punches and omniblades, then you’re in luck. Thanks to a series of tweets from senior game designer Justin Perez and lead designer Ian Frazier, we now know that naming weapons is an option.

PRO TIP: In MEA, you can craft your own krogan-style hammer and name it GRABTHAR’S HAMMER. That one’s free, folks. #space

Frazier went on to say that the possibilities with weapons are “endless,” although it remains to be seen just how endless this system will end up being.

Frazier also answered a fan’s question that questioned whether these craftable weapons would replace the default melee attack and he replied:

There’s a dedicated melee weapon slot. The omni-blade you start with is just one (though you can upgrade it).

It seems that fans will have plenty of fun ways to experiment with melee weapons come release day.

You can check out the Mass Effect Andromeda official gameplay trailer down below!

Are you excited about craftable weapons? What are you going to name your weapons? What kind of weapons do you hope to see for melee? Let us know in the comments!