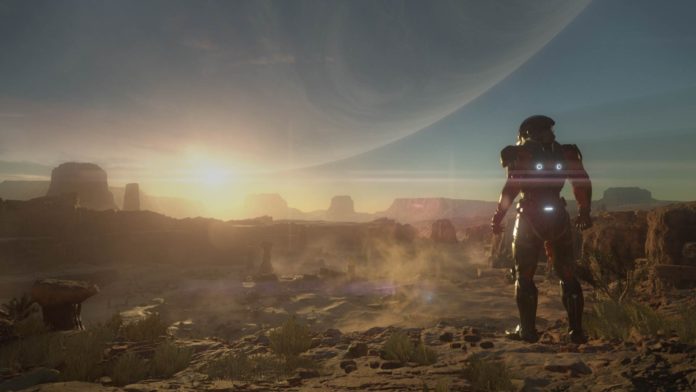 Rumors abound at the moment. From Beyond Good and Evil 2 being a Nintendo Switch timed exclusive to an potential Ace Combat 7 release for Xbox One. Today’s the day for rumored news.

So let’s continue the trend with another hot rumor from the printing press over at International Business Times. They have reported the news that Microsoft’s Xbox Live Rewards program may have accidentally revealed the release dates of both Mass Effect: Andromeda and Injustice 2 ahead of any official announcements for either game.

Through the Xbox Live Rewards program, signed up gamers can be rewarded for specific purchases which usually equates to cash back for digital purchases. A current promotion encourages potential customers to digitally preorder three games from a  selection with a reward of 15,000 points for doing so, providing it is done before March 31st 2017. The promotion can be seen in the screenshot below:

As you can see, both Injustice 2 and Mass Effect: Andromeda are listed with release dates. Both games are due soon with EA claiming that the next entry in the highly popular space RPG series will be released before the next financial year (i.e. April 1st) so the very last day of the financial year could well just be a place holder until an official announcement. Given the 31st is a Friday it isn’t out of the realm of possibility that this date could be accurate as Friday is an oft used day for game releases. As are Tuesdays, which is the day for the Injustice 2 release date of the 28th. Both dates do not seem unrealistic by any stretch.

Either way, I’m sure it won’t be long before we get to sample both of these games. With the quiet of Christmas and the festive period there must be an awful lot of announcements just waiting to break free. Keep it tuned to RGM for all the latest.

Let us know what you think in the comments below or on the RGM Forums.