Something that has been a little bit of a grey area for the Nintendo Switch has been its online service. Most specifically however, have been the question marks over its cost. That question however seems to have been answered by Nintendo president Tatsumi Kimishima.

In a recent interview with Japanese publication The Nikkei, Kimishima revealed that the online service will cost about 2-3,000 yen per year. This translates to a fee of about $17.60 – $26.40. It is likely is that this fee will enable gamers to play online and access a potentially massive library of downloadable games. 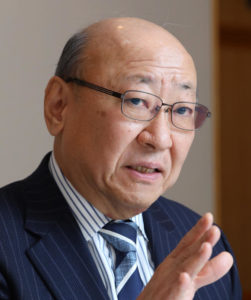 The astounding low price for the Nintendo Switch online service is in stark contrast to Microsoft and Sony. The annual cost of Xbox Live and PlayStation Plus is around $60. Even if the price outside Japan is higher, I can’t see it being as high as Nintendo’s competitors.

The details on the pricing of the Nintendo Switch online service were not the only pieces of new info revealed. Also detailed was Nintendo’s plans for VR with Kimishima stating that the company were currently researching it.

“If we are able to resolve the issues with playing [VR] comfortably for long hours, we will support it in one form or another,”

Nintendo are really riding the crest of a wave at the moment however. Their mobile games division is soaring with Super Mario Run and Fire Emblem Heroes both doing brilliantly. While preorders for the Nintendo Switch are selling out at a ridiculous pace.

You can enter our contest to win a Nintendo Switch with The Legend of Zelda: Breath of the Wild!

What do you think about the potentially low price of Nintendo Switch’s online service? Have you already preordered yours? Let us know in the comments below, the RGM Forums or on Twitter. If you like what you’ve read then feel free to share this article on Facebook, Twitter, Google+, Pintrest or Reddit using the buttons available!