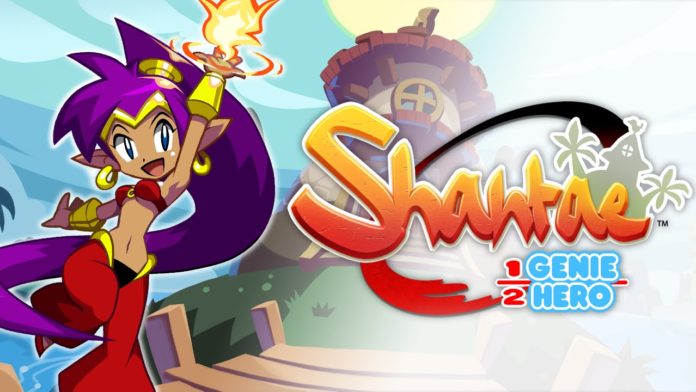 When I was offered to review the latest game from the Shantae franchise called Shantae: 1/2 Genie Hero, I was intrigued. I knew the character had been around for quite some time but I never had the chance to try any of them.  After hearing that Colin Moriarty from Kinda Funny (who I listened to on a regular basis) actually played it on Vita and thought the game was very good, I was happy to make my own opinion about it, even though I’d be playing it on PS4.  As a summary, I can announce that I really appreciated it. Here is the full rundown.

Shantae: 1/2 Genie Hero is a game developed by WayForward Technologies, an American studio that has developed games since the beginning of the 1990s.  The characters and world is an original creation, with the main protagonist inspired by the old TV show I Dream of Jeanie.  This iteration is the first one originally developed to be on current platforms (the other ones were on Game Boy Color, Nintendo DS then ported on iOS and Nintendo 3DS).

They can be described as single-player platform games, with elements of Metroidvania.  To help them develop and finish the game, they did a Kickstarter campaign, which was really successful: they were asking for $400,000, and they received $776,084 from 18,558 backers.  All the assets were there to create a good game.

The story is pretty simple: you are Shantae, a half-genie living in the little town of Scuttle Town. After a nightmare where a voice says there is an impending evil coming, you wake up and go see your Uncle Mimic. He’s an inventor, and is working on his new invention called the Dynamo.  While you are with him, a pirate called Risky Boots attacks the city, wreaks havoc and, at the same time, steals the Dynamo blueprints. Your mission is to get the blueprints back and help your uncle get the parts he needs to complete his work. Of course, there is a lot more than unfolds as you go along your journey. 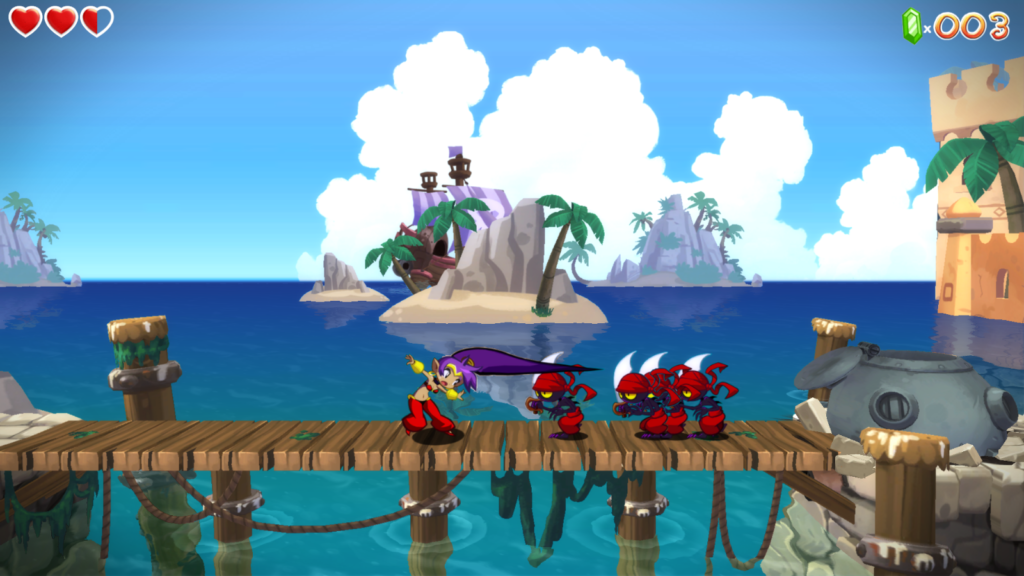 Gameplay is based around a 2D platformer premise. You have levels that you can explore and reach the end, where you will have a boss encounter that you need to win in order to pursue your objectives.  Your main form of attack is actually your hair: you whip it onto your enemies to attack.  Of course, being a half-genie means you also have magical abilities. You have to unlock them by either buying the appropriate relics at the store’s shop. They can also be found in treasure chests all around the levels you’ll be exploring. You can perform these as long as you have magical points (reminiscent to a MP gauge in a role-playing game). 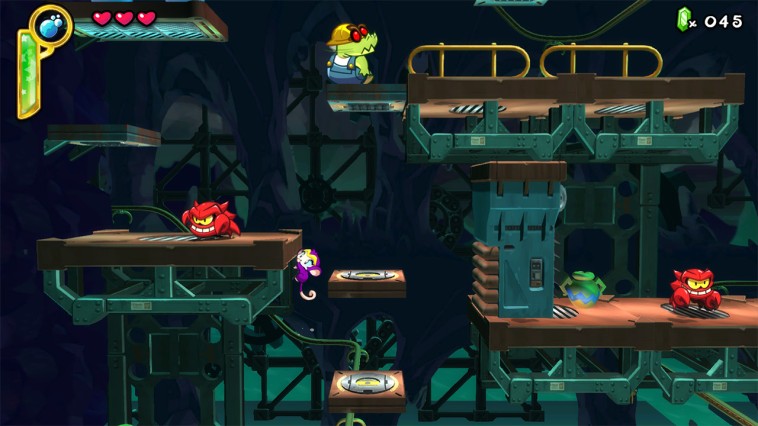 These relics will also allow you to do transformation dances: it is a magical ability that you can perform without any limits, which basically transforms you into something that ranges from a mermaid to an elephant or a monkey, with each form having its own characteristics, like hanging on walls, destroying rock obstacles, etc. This is where the Metroidvania elements comes in play. You will need those transformations to be able to navigate through some of the obstacles present in the levels. 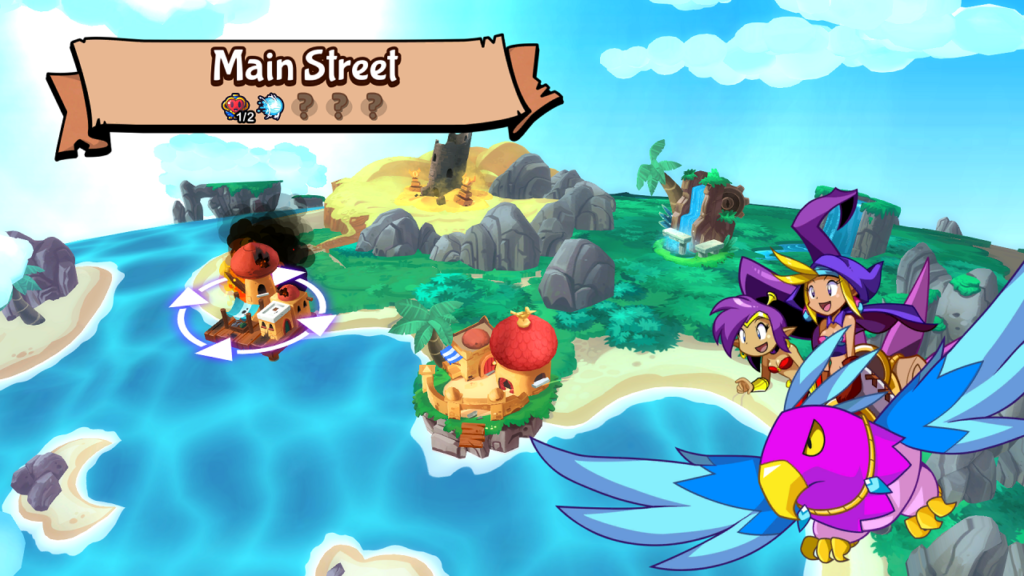 A world map is available when you travel between each levels and you can go back to any previously visited one.  A very nice feature is the fact that you can always know if there are magical relics in a level to find, without (of course) knowing which ones exactly.  It prevents any kind of frustrations regarding the backtracking segments of your playthrough.

You will definitely need to do at least a little bit to get some of the very useful transformations, or get heart holders (which allows you to have more hearts of energy). It could be just to get extra money also so you can buy what you need at the store.  I was never lost during my gameplay trying to collect the treasures, which is an excellent factor of enjoyment.  There is also an optional location in Scuttle Town that you can go to get hints about what to do if you get lost.  Being non-obtrusive like that is perfect and can allow every type of gamer to enjoy this title. 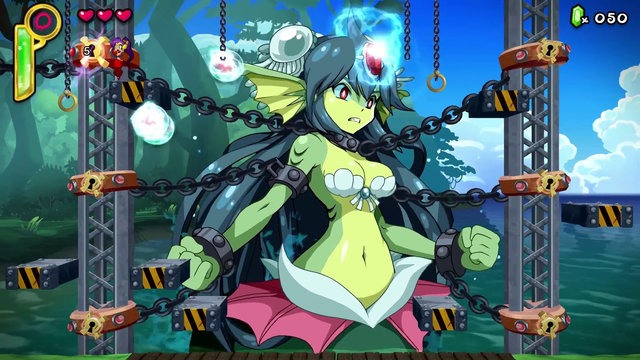 The level design for each environment is like a “Greatest Hits” from action platformers of the last years. You will get moving screens going through the levels like Shovel Knight, rest areas before a boss encounter like Mega Man, some boss encounters which takes the entire screen like Metroid, etc. The game really knows what it wants to be, and pushes on every button at its disposal to let you know what that is.  It never loses focus on its objective and is always coherent.  The checkpoints in the levels are never frustrating or absurdly far, so you can experience and die without any worries. The load times are also very fast, never more than 1 or 2 seconds, which make things even smoother.  The designers definitely take care of gamers, and it shows with the pleasure we have playing it. 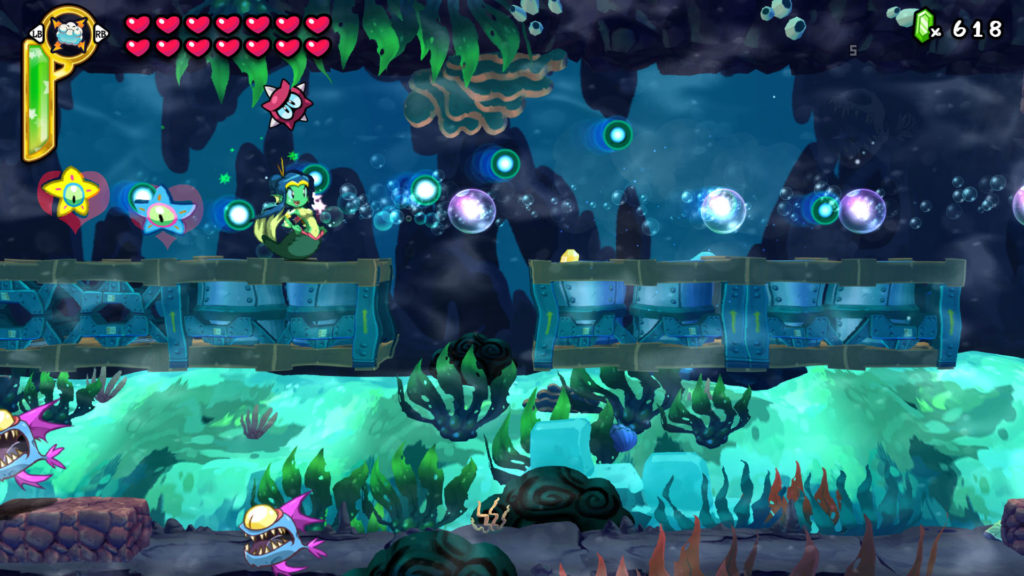 The only weakness I found is in the story. It’s not bad, it’s just made as a context to go from a world to another. I have to give extra credit though, to how the world is fully realized, and the eccentricity of all the characters is something charming. The only problem I had is that at one point, I knew where to go. I knew what I needed to do. The reason why? That was lost on me. It’s definitely not bad, just not gripping and good enough so it becomes the main reason to continue playing.  For me, the latter was more the fun and fluidity of the gameplay. 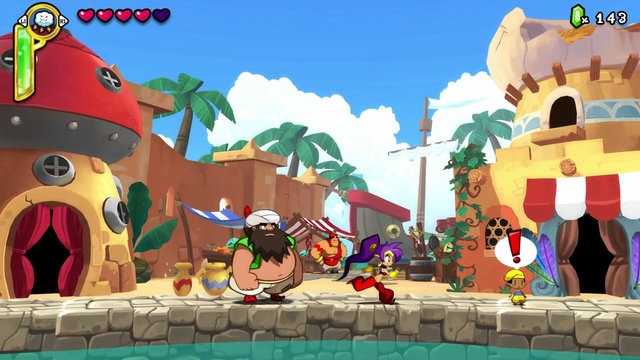 For those of you that are trophy hunters, I can say that there is a lot to do.  Yes, there is a platinum trophy to get with this game. You’ll have quite a workout to go there though. You’ll have your different “reach this part of the story” trophies, your “obtain first relic” and “get all relics”, and “finish the game”. There are special objectives in some specific levels, and killing enemies with your different magical abilities too.

The workout comes though in the form of two speed-running trophies. One consists of finishing the game under two hours. The other consists of finishing the game with 100% completion under four hours.  I did only one, with about 98% completion, and it took me a little less than 8 hours.  Less than 5% of people actually obtained this platinum (at the moment of writing this article).  The replay value of the game is good if you take that into consideration. Once you finish it, you have extra modes that you unlock, like “New Game +”, for example. 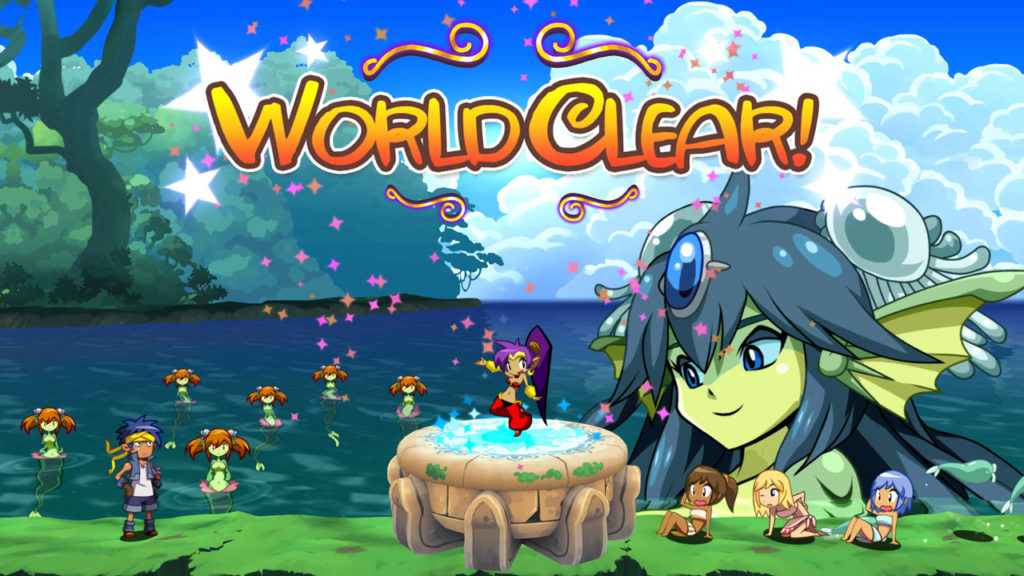 I definitely recommend this game for anyone that wants to have fun playing a very colorful, bright experience. It’s very well designed, and the platformer-Metroidvania influence allows it to be a proud successor of its legacy. This game is definitely proof that a Kickstarter game can be of quality. Nice longevity and price point, even without a sale, I think everyone should give this a try.