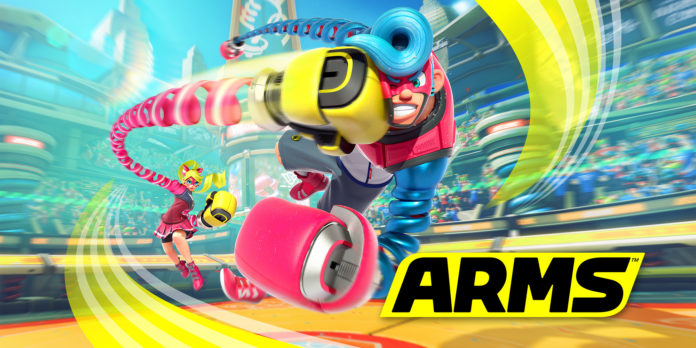 It is hard to think that the Nintendo Switch has been just short of a month already. Reportedly, it has been a very successful launch with Nintendo having sold over 1.5 million units. If you could levy a major criticism at the Switch, is that there aren’t a great deal of titles out there. To be fair, there’s not been much need for another game with Breath of the Wild out there. I get it though, we do need more games, more variety. Thankfully, Arms isn’t far away.

If you’re not sure what Arms is, imagine the boxing game from Wii Sports and turn it up 11. The game sees you wielding oversized competitors with Stretch Armstrong like appendages. Using your Inspector Gadget arms, you attack you opponent in a fun and intriguing take on the classic boxing set up. The game looks like a lot of fun from what has been shown so far, but we haven’t seen much. Until now. Nintendo have just shown the world a new video for Arms.

The “Character Introduction” video is available on YouTube, but you can watch it below:

So it seems there are at least five fighters in Arms. Each with their own abilities and unique set ups. There looks to be a lot to get to grips with (pun intended) in terms of learning each nuance of each character. If you didn’t watch the video here’s a quick snapshot of each character:

I wasn’t entirely sold on Arms. But after watching that video I am much more intrigued, it always helps to learn a bit more. Hopefully there will be a far bit of strategy in the game. It doesn’t sound like we have long to wait either. Arms is reportedly releasing this Spring. Given we are now in the first day of Spring, we shouldn’t be waiting long for a release date at least.