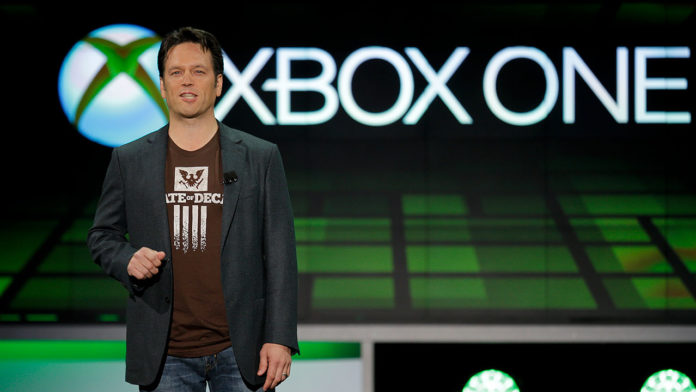 While PlayStation owners have had the distinct pleasure of playing exclusives like Horizon Zero Dawn this year, Xbox One owners are unsure what to expect for 2017. Halo Wars 2 was certainly a good start, but Xbox will need to have more in order to compete with the PS4 exclusive line-up. Xbox head Phil Spencer has offered a quick glimpse into what’s to come for Xbox players in a recent interview. Unfortunately for Halo fans, there won’t be any more additions to the much-lauded FPS series this year. That being said, there’s plenty more on the horizon.

Spencer, while on the IGN Unlocked Podcast, teased a line-up that will focus
on games that aren’t Gears of War or Halo. Sharing his pride in the 2017 line-up, Spencer discussed how it’ll be an “interesting” year for Xbox with their two flagship series (Gears and Halo) taking the year off. With games like Sea of Thieves, Crackdown 3, and State of Decay 2 being slated for 2017, Microsoft has a unique group of experiences in store for players.

Spencer almost commented on the Scorpio and his confidence about it going forward.

“I am very confident in the quality that I’ve seen from the games that we’re launching and how they look on Scorpio,” he said. “When people see games on Scorpio, for those that are close to the detail, they’re going to see a demonstrable difference between that and the games that they’re playing now–on any console. I know that content has to be the thing that we use to demonstrate the capability of the box.”

Mentioned at last year’s E3, the Scorpio is Xbox’s answer to the PS4 Pro, teasing the “most powerful console on the market.” Considering that graphical fidelity has become a major talking point with many gamers, the Scorpio would allow Microsoft to best PlayStation in a major way. Spencer’s confidence in the system is to be expected, but if the system manages to utilizes the massive surge in processing power, then Xbox may have a major winner on their hands.

What do you think about Spencer’s comments? Will Xbox’s lineup match PS4’s exclusives? What Xbox exclusive are you the most excited for? Let us know in the comments below!