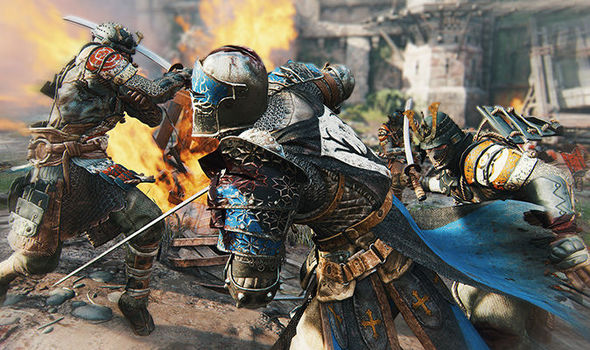 No one likes a buggy game, we have however, become used to it. Thankfully there are studios out there that put a strong focus on rectifying these issues to improve the general enjoyment we get out of their games.

Update 1.05 has rolled out to gamers playing For Honor on PC with Xbox One and PlayStation 4 updates heading out within the week.

The main improvements overall are to fix a variety of bugs that have been causing numerous issues, along with new updates to characters in the form of various character specific changes to assist in combat, and some fiddling around has been done with the Revenge Mode.

We have included the VERY extensive patch notes below for you so you can pick through them to find the improvements that matter to you most.

Developer comments: Superior Block visual feedback used to be inconsistent across characters. In general we make the weapon or shield flash for the duration of the Superior Block. Some characters like the Warden for instance had their entire body flash, because we were afraid it wouldn’t be visible enough on the sword only for the Top Light opener. However, the full body flash was often mistaken for the Uninterruptible Stance visual effect which is also full body. So we’ve updated the Warden’s feedback to be only on the sword. We did the same for the Kensei’s Dodge.

Developer comments: we’ve removed the ability to cancel Shield Tackle into Guardbreak in a past update. Unfortunately at the time, we couldn’t update the Valkyrie’s Moveset page. It’s done now.

Developer comments: The Guard Break Interrupt tutorial had a hint saying “Interrupt enemy Guard Breaks by pressing [input] when they start”. The “when they start portion” was confusing people. In order to be more accurate, that text will now change to “when the enemy connects”.

Developer comments: Guard Break can be countered if you press Guard Break within 200ms. The way we’ve handled this mechanic so far caused that time window to shrink if you were using Gear with Debuff Duration Stat. It wasn’t intended, so we’ve updated how this works to guarantee the 200ms Guardbreak Interrupt window regardless of Gear. Guard Break cannot be interrupted if done on a target that is in a Recovery, Dodge or Attack.

Developer comments: Another issue the community picked up on. In some cases, Assassins were able to prevent Unbalance from happening when thrown while out of stamina. It happened because of their specific Guard Switch. When buffered just at the moment they got guard broken, it would bypass the Unbalance. This issue is now resolved.

Developer comments: “Wipe Blade” & “Arm and Armed” emote videos and descriptions were inverted. This change will not swap emotes for users but rather fix the menu displaying the wrong info.

Developer comments: A bug in the Nobushi’s bleed mechanic caused the bleed to be reapplied without actually hitting the target if you used a specific timing.

Developer comments: This addresses the “phantom hit” issue. We’re changing the data of the Heavy Finishers hit areas so that the animation and hit area look more in sync. However, the issue at stake here is more complex. Fixing the hit areas will help with the issue, but we have a more robust fix coming for this in the future that has to do with our targeting rules. Stay tuned for more details in the future.

Developer comments: Regenerate could be exploited by fighting enemies Out of Guard Mode. The Warlord could just release lock, take hits, and the Feat would regenerate his HP without much of a challenge. This is not a behavior we want to encourage. By enabling the HP regeneration only in Idle, Regenerate now is efficient in safe scenarios only, which is more aligned with its intended purpose. We’re also increasing its regeneration rate in order to compensate for the loss of regeneration on hits.

Developer comments: In its current state, Peacekeeper’s Zone Attack has very low risk and very high reward even on block. Revenge also makes the Peacekeeper nearly unstoppable with the ability to repeat the Zone Attack cancel without Stamina penalty. With these changes the move is still a very good opener but will no longer give you a frame advantage on block. Fixing the UI stance indicator’s timing will also make the Zone Attack feel more consistent with its actual timing of 400ms. It will remain one of the fastest moves in the game but the fact that it is always coming from the same stance makes it manageable.

Developer comments: Blocking Sidestep Strike provides initiative only on a few match ups, so we’re increasing the Regular Block recovery on this attack in order to increase these match ups. Sidestep Strike damage is currently too good compared to Riposting Stab, making Deflect feel too much of a risk compared to basic Dodge. By reducing the damage on Sidestep Strike and increasing the damage on Riposting Stab we hope to restore a more balanced risk / reward between Dodge and Deflect. One last thing about the Peacekeeper, we’re aware of the issues expressed by the community over her Light > Light Spam. Even though we’re not addressing it in this update, we’re currently looking into it so expect changes in the near future.

Developer comments: Dodging the Headbutt can be quite frustrating so we’re increasing its Dodge window of opportunity to make Dodge more consistent while maintaining its great initiation potential. Increasing the Miss recovery and delaying the branching into Attack will make the Headbutt more punishable depending on how early you Dodge and which punish move you have out of Dodge. We also increased the Headbutt’s Stamina cost a little to punish people who spam it too much.

Developer comments: Kensei’s mix-up from the Unblockable Top Heavy is where Kensei can play mindgames, but the third hit in a chain is very difficult to reach in competitive play. By making it reachable immediately after a Dodge attack, Kensei should be able to apply more pressure.

Developer comments: Kensei’s initiation is currently based around the Top Heavy Feint into Top Light. By speeding up Kensei’s Side Light openers we want to provide more initiation options from idle.

Light Finishers Out of Guard Mode

Designer comments: These attacks just had to be blocked, and they gave up a free Guardbreak (which led to big damage). We want players to feel they are able to attack more often – and making these safe on block is one step towards that goal.

Developer comments: Berserker’s identity is based on relentless attacking, but the requirement to land 4+ hits is too much in current competitive play. Putting the Super Armor buff on all of the 2nd attacks in the chains means that now Berserkers can access this reliably, and could be used to trade against reacting Shugokis and Warlords with their Super Armor. We’ve removed the Stamina cost reduction to prevent the Berserker from using infinite chains for too long now that we’ve moved the Super Armor buff to 2 hits. We’ll keep an eye on that for further balancing.

Developer comments: Speeding up the Deflect is meant to help against Peacekeeper and Valkyrie. This will now let Berserker Deflect their Light > Light chains without being stopped by the 2nd Light.

Light Attacks (Out of Guard Mode)

Designer comments: To prevent free Guardbreak on block. Change is applied on all chained Light Attacks out of Guard Mode to be consistent with their Guard Mode counterpart.

Developer Comments: Shield Bash Riposte and Mix Up are extremely hard to punish even if you Dodge because they have defense on Start-Ups, Hit and Miss Recoveries. Removing the ability to defend on these moves should make Conqueror more punishable. We’ve also fixed a bug on Shield Bash, Riposte and Mix Up that allowed Conqueror to counter Guardbreak from these moves’ recoveries; which was an exception from our generic rule that Guardbreak cannot be countered from Recovery.

Developer Comments: Heavy Attack openers are buffed to 25 damage, because players regen health to 25. In duels, the Conqueror had a difficult time hitting the killing blow when it was only 23 damage, because the opponent wanted to run-away and regen out of killing range. We know Conqueror is a strong character right now – this minor buff is purely to make the end-of-match faster and more exciting, not to strengthen the Conqueror.

Light Attacks (Out of Guard Mode)

Designer comments: To prevent free Guardbreak on block. Change is applied on Light Attack opener and finisher out of Guard Mode to be consistent with their Guard Mode counterpart.

The Long Arm now guarantees a Side Heavy Attack (but not Top Heavy).

Developer comments: The Long Arm is an iconic move of the Lawbringer, but before it only connected to a guaranteed light. Now it connects to a guaranteed heavy, which should make the risk of launching this move more worthwhile. This heavy can start the Swift Justice chain, which now also features a faster light after that heavy.

Developer comments: Part of Lawbringer’s identity is to be a Counter Attacker. Before, only the Light Riposte was guaranteed. Now, Impaling Riposte and Make Way are also guaranteed. Lawbringer players can choose the best option for the current situation: Light Riposte’s new Stun property is meant to help you enter your chain, Impaling Riposte can run the opponent to a wall, and Make Way’s new Super Armor can be useful when you’re outnumbered. We’re also increasing the input branching to go from Light Riposte recovery to Chain in order to make it less challenging input-wise.

Developer comments: General damage buffs should make the Lawbringer more able to kill the opponent through combat. Some of the chains’ attacks are now faster as well, which we hope will allow the Lawbringer to successfully land hits a bit more frequently. This should help the Lawbringer in Duels but not make him too much stronger in 4v4 game modes where he is already dangerous.

Developer comments: Shove’s Uninterruptible Stance property was active throughout the build-up and recoveries. It’s now going to be only on the build-up.

Light Finisher Out of Guard Mode

Designer comments: To prevent free Guardbreak on block. Change is applied on Light Attack finisher out of Guard Mode to be consistent with its Guard Mode counterpart.

Light Finisher (Out of Guard Mode)

Designer comments: To prevent free Guardbreak on block. Change is applied on Light Attack opener out of Guard Mode to be consistent with its Guard Mode counterpart.

Light Finisher (Out of Guard Mode)

Designer comments: To prevent free Guardbreak on block. Change is applied on Light Attack finisher out of Guard Mode to be consistent with its Guard Mode counterpart.