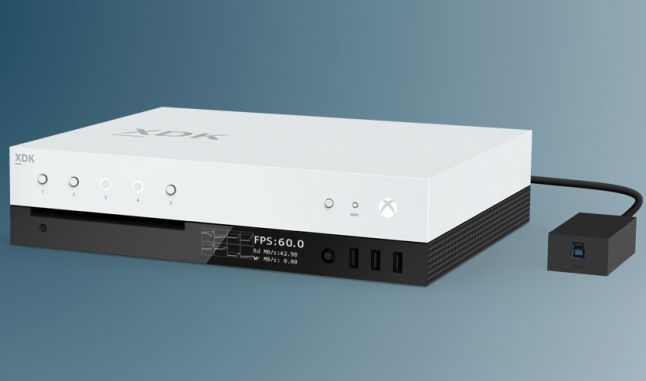 A short while, we received our first look at the developer kits for Project Scorpio, courtesy of Gamasutra. There’s also an interesting list of technical improvements that developers can take advantage of to have an easier time designing their games.

For starters, the overall look of this dev kit is fairly similar to the Xbox One S. There’s a pretty cool LCD panel so designers can monitor different aspects of a game such as the framerate. There are also some buttons which can be programmed to accept various functions, making things easier for developers however they choose to use them.

Next, the specs are beefier than a standard retail Scorpio. Instead of 40 compute units providing 6 teraflops, the dev kit has 44 providing 6.6 teraflops. Twice the memory is available, 24GB GDDR5 instead of 12 GB. There’s also an additional 1TB SSD, allowing for more storage that’s faster to access.

All this might be confusing, after all, why develop games on a stronger console than they’ll actually run? Microsoft’s Kevin Gammill, group program manager for Xbox Core Platform, explains that “At a high level, it’s much easier for a game developer to come in higher and tune down, than come in lower and tune up. Or nail it. That just rarely happens.” Basically, these specs give devs more room to get the game running, then they can scale it down to the retail version.

Admittedly, it’s not a final design however, I feel this dev kit is probably a good ballpark for its retail look.

After all, check out these previous dev kits: 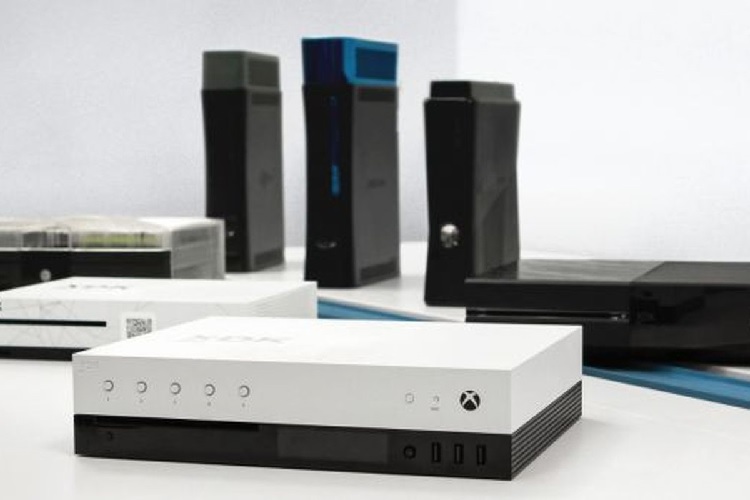 The Scorpio dev kit is in the foreground, with the One S dev kit behind it on the left and the original One on the right. Some various 360 dev kits are in the far back. There’s a common theme here, in that the dev kits, while different from the final look, are still very similar.

All in all, this is a very cool insight into what developers have access to right now. Hopefully we won’t be waiting too much longer to find out exactly what the final design, and name, of the console will be.