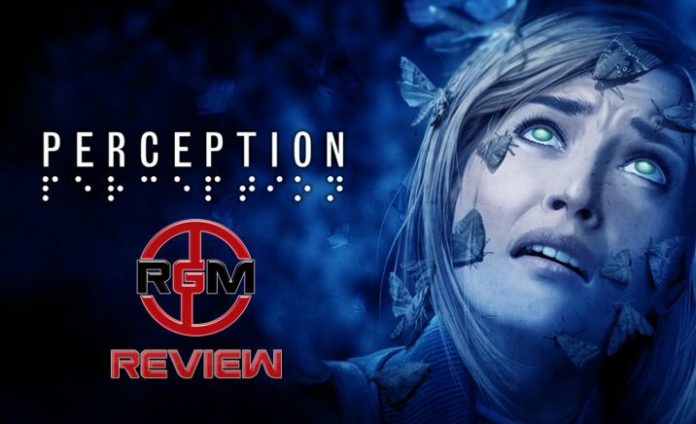 With few titles being released in the lead up to the E3 2017 marketing blitz, many gamers have been eagerly awaiting The Deep End Games psychological horror title Perception. Originally announced as a Kickstarter project, Perception was able to garner significant media coverage with its team being comprised of developers whose former works included the Bioshock series and Dead Space.

Featuring an extremely distinct visual style and unique game mechanics, Perception had all the makings of a cult indie hit. Unfortunately, these elements are undermined by a muddled narrative, and a gameplay structure that is fundamentally flawed.

Perception players assume the role of Cassie, a blind woman who is plagued by recurring visions of an abandoned estate known as Echo Bluff. In an attempt to stop these visions Cassie tracks down the property to uncover the meaning behind the nightmares she is experiencing. 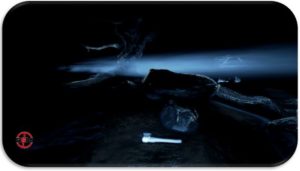 Unsurprisingly, the quaint manor is not as it appears, and upon entering, Cassie finds herself haunted by a spectre as she attempts to uncover the mysteries behind the estate’s horrific past. Perception’s introduction is arguably the game’s most enjoyable segment. As the player enters the Echo Bluff estate there is an impending sense of dread and uncertainty. Eerie sounds permeate the environment as the player explores the manor, anxiously waiting for their first glimpse of the horrors plaguing the estate. Unfortunately these horrors are never truly manifested due to fundamentally flawed gameplay mechanics.

As a psychological horror title, Perception presents players with several unique gameplay mechanics that lay the groundwork for what could have been an immensely terrifying experience.

As a blind protagonist, players are forced to navigate the environment through echolocation. Cassie is able to tap her walking stick anywhere in the environment which emits a sound wave that briefly illuminates the surrounding area. In addition to this, objects within the environment that emit noise (crackling fireplaces, leaky faucets, and radios) also illuminate their surroundings, aiding Cassie in navigating the estate. Upon grasping these mechanics I found myself feeling extremely vulnerable, dreading the thought of having to escape a pursuer using these navigational mechanics. To my dismay, this scenario never occurred, which highlighted a key flaw in Perception’s design. 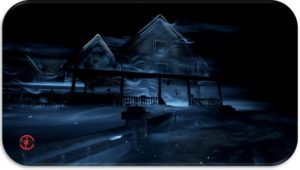 Within the Echo Bluff estate there is a spectre that is constantly hunting Cassie. However, the spectre only manifests itself when the player makes a significant amount of noise using her walking stick. When the player reaches the threshold of noise required to summon the spectre an audible cue is played. As a result, any tension on the part of the player is completely destroyed.  Over the course of the games four hour run-time I found myself tapping my walking stick to my heart’s content, only stopping for brief periods when audio cues informed me that I was close to summoning the spectral presence.

Upon completing the game I had only summoned the presence a total of three times due to excessive noise, with the majority of my playtime consisting of navigating to and from easily marked objectives to progress to the next area. As a psychological horror game, Perception seems to be suffering from an identity crisis. Despite the tense atmosphere, the game appears to be a walking simulator masquerading as a horror title.

Unlike most indie horror titles which opt for a realistic aesthetic to their graphics, Perception’s visuals are hyper stylized. Although the game’s color palate consists primarily of shades of blue and black, Perception is on many levels a beautiful game. There is clear attention to detail in the environments of the Echo Bluff estate.  Rooms are littered with objects that can be examined, although not interacted with. 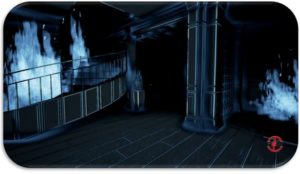 There is a clear sense that this house has been lived in, and that something has gone horribly wrong. Unfortunately, the games echolocation mechanic (used to navigate the environment) will cause many players to miss some of the finer details of the environment. In addition to this, the noise threshold that summons the spectre that hunts the player actively encourages the player to make the least amount of noise possible, penalizing those who wish to explore the environment’s intricacies.  Yet again, some of the games finer elements are undermined by poor design choices.

Please see below for my summary and overall score of Perception.