The latest entry in the Final Fantasy franchise has been a huge hit, with critical praise and fantastic sales. Two of the three planned Episodic DLCs have released (Episode Gladiolus and Episode Prompto), with the third launching later this year. With all of that said however, there has been one thing glaringly missing: the promised multiplayer. Well, worry no longer, because we finally have an update to share. An online test for the Final Fantasy XV Comrades expansion will be taking place from August 3rd through August 8th. 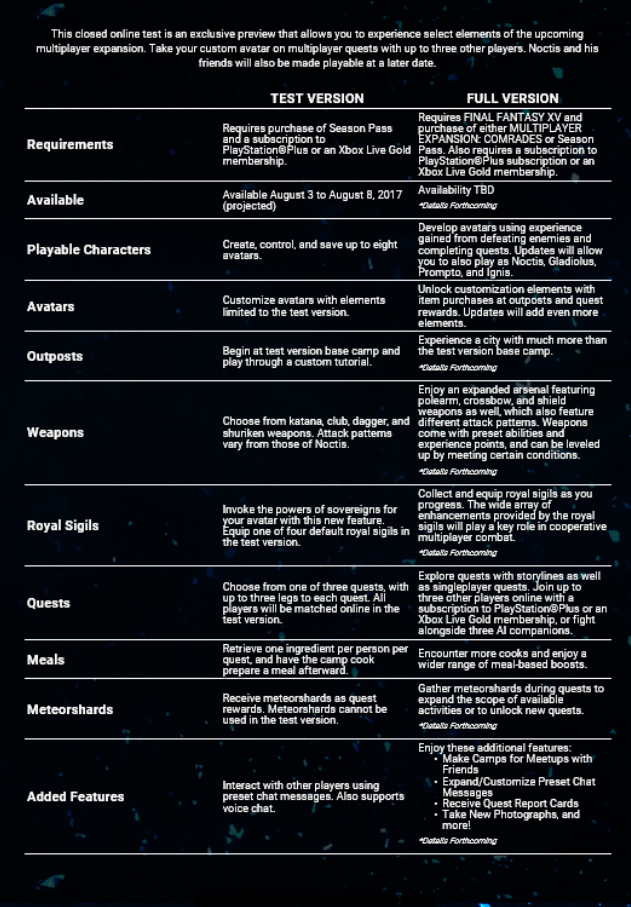 Definitely exciting, especially after not having any official updates for quite some time now. If you’ve been eager to try out the multiplayer, this is your chance. Hopefully this test means the full release isn’t too far off.