There’s quite a bit of Halo news upon us today! As announced on Halo Waypoint, something fans wished for has been confirmed: A Halo 5: Guardians Xbox One X update is in development, allowing the game to run in true 4K on the Xbox One X.

Here’s the official statement from 343 Industries:

Following its official debut at E3, there’s been a tremendous amount of growing excitement around the upcoming release of Xbox One X and the promise of true 4K gaming. Many Halo fans were quick to note that Halo 5 was conspicuously absent from the list of games being given the 4K treatment. The team here at 343 always had a desire to bring players the best Halo 5 experience for Xbox One X, but we weren’t quite ready to make the announcement during the E3 time frame.

Today we are excited to officially confirm that Halo 5 will receive a game update to support true 4K with the release of Xbox One X later this year! We’ll have more to share on this front as we get closer to release, so stay tuned.

Considering Halo 5: Guardians already runs at a rock-solid 60 frames-per-second, this is very exciting. Next up, some news that fans of backwards compatibility will be extremely happy with. 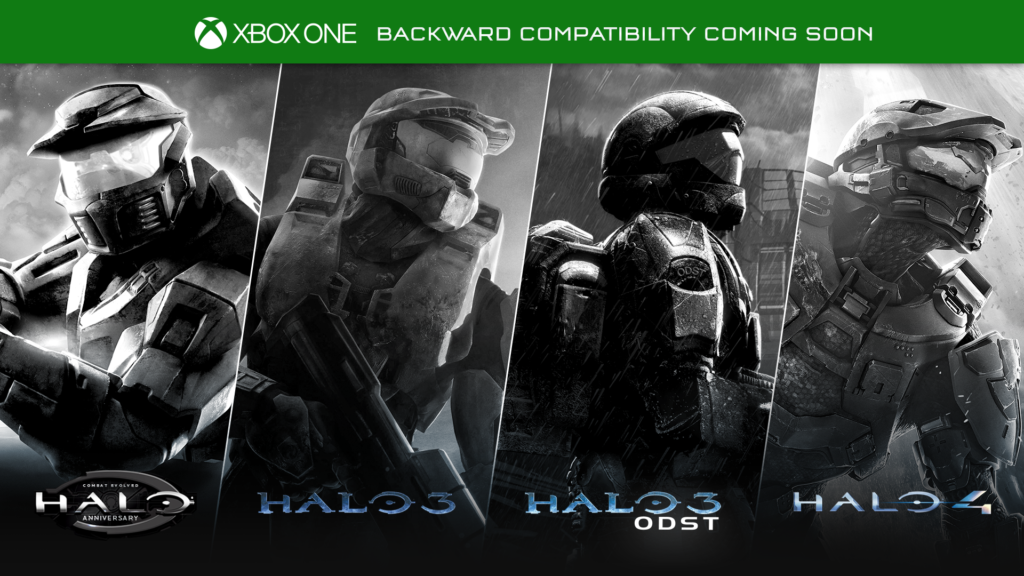 That’s right, Halo: Combat Evolved Anniversary, Halo 3, Halo 3: ODST and Halo 4 are all coming to the list of backwards compatible games sometime this year. They aren’t available yet however when they do arrive, every DLC pack free to download. Obviously if you have the Master Chief Collection this isn’t really necessary. For any fans who want to play the Xbox 360 versions however, you’re going to be covered.

This is fantastic fan service all around. Updating Halo 5: Guardians will be great for Xbox One X owners and will probably further improve player retention.  Releasing these other titles on backwards compatibility helps show a commitment to all aspects of the fanbase. On top of that, the DLCs will all be free to download, so the community won’t be fractured.