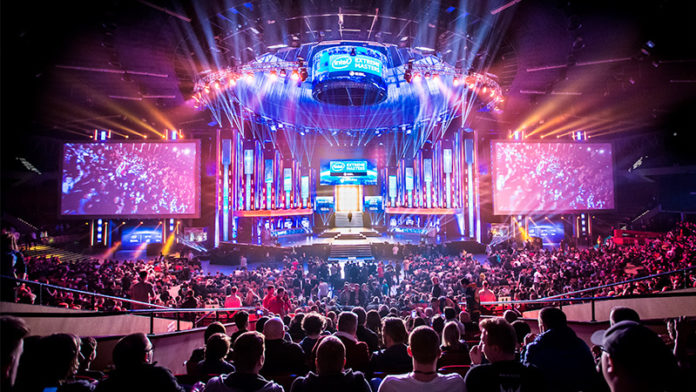 Five years ago, many of us couldn’t have imagined video game competitions being broadcast on the same channel as traditional sports. TV networks have historically been obsessed with pastimes such as baseball, basketball, football and soccer, but times are changing. Thanks to the massive popularity of the eSports world, driven in large part by the internet-streaming generation, the entertainment landscape has transformed drastically over the past couple of years. US channels like ESPN, FOX Sports, NBC and more are all attempting to put eSports on the same level as the NBA, NFL and MLB, with the goal of reaching a younger audience.

The recent interest from giant broadcasters comes as the world of eSports continues to reach new heights. Pro gaming tournaments are selling out arenas worldwide. Every time a competition is streamed on Twitch and Mixer, millions of viewers are tuning in. NBC Universal is launching a two-on-two eSports tournament this summer featuring Rocket League. This tournament will air on NBC Sports Network, right alongside the English Premier League.

When asked about why his team decided to join the eSports craze, Rob Simmelkjaer, senior vice president for NBC’s Sports Ventures, said “We’re in the sports business.” He also went on to say “I’ve always defined sports as competitive entertainment, and whenever you’ve got competition that people are watching to be entertained, that to me is what sports is about“.

Simmelkjaer touched on how there are still people who question whether eSports are ‘real’ sports, which he says is an argument that doesn’t make sense: “It’s got people who are passionate about it, both playing it and watching it [and] lines up with our desire to reach as many audiences as we can around the country, of all demographics, of all interests.”

ESPN is another media company making a major push into eSports, which is surprising considering the somewhat controversial comments president John Skipper made not too long ago. “It’s not a sport,” he claimed in 2014 at Recode’s Code/Media Series event in New York City. “It’s a competition. Chess is a competition. Checkers is a competition. Mostly, I’m interested in doing real sports.”

Despite that, ESPN  started embracing eSports in 2015, when it broadcast a pro gaming tournament (Blizzard’s Heroes of the Storm) on ESPN2 for the first time. The year before that, the network streamed a League of Legends competition online, but giving eSports a slot on real TV was a significant move.

This shouldn’t come as a surprise though. After all, ESPN’s first-ever eSports stream netted the network more viewers than that year’s NBA Finals and the last game of MLB’s 2014 World Series. League of Legends is estimated to make $1 Billion yearly, so it’s no wonder that the major networks like ESPN, NBA and Turner who own TBS would want a piece of the action.

Organizations like ESPN and NBC aren’t the only ones making efforts in eSports. The National Basketball Association, along with developer and publisher Two-Take Interactive, is developing a new competition called the “NBA 2K eLeague.” A first of its kind, it will feature eSquads that will represent 17 NBA teams, including the Boston Celtics, Cleveland Cavaliers, Dallas Mavericks, Golden State Warriors and New York Knicks. The inaugural season is set to take place in 2018, and the pro gamers who participate will get the full NBA treatment: health benefits, training, personal development, sponsorships and more. If the 2K eLeague ends up being successful, I won’t be shocked to see other major US sports organizations follow suit.