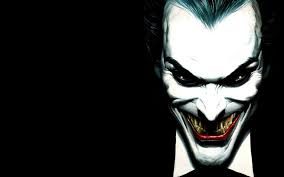 UPDATE – The standalone Joker movie is a mixed bag

As of 3 September 2017, rumors are circulating that Leonardo DiCaprio may be the next Joker.

“Warner Bros. would love to see Leonardo DiCaprio as the Joker in the studio’s planned origin tale, according to sources. But it’s way too early to predict whether the versatile star might be interested, and no offer has been made.

The studio’s Joker standalone film, to be directed by Todd Phillips, is expected to have Martin Scorsese on board as an executive producer.

“It makes sense that a Scorsese-led Joker would look to involve DiCaprio — they’ve teamed on ‘Gangs of New York,’ … best picture winner ‘The Departed,’…and ‘The Wolf of Wall Street.’ “ –Dave McNary, Variety

In my honest opinion, the standalone Joker movie is a mixed bag. It looks promising in the early stages however some pieces of the puzzle may not fit together properly.

The Joker is getting his due! 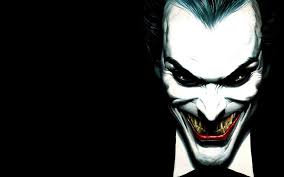 Deadline reported yesterday that Warner Bros. is planning a standalone Joker movie. This shouldn’t be a surprise, considering the fact that a Harley Quinn movie is already in the works and which of these two is the bigger draw? Harley Quinn or the Joker? Seriously.

The Details So Far

Martin Scorsese (Taxi Driver, Goodfellas) is said to be slated as a producer, along with Todd Phillips (Old School, The Hangover), who will also co-write with Scott Silver (8 Mile, The Fighter).

So far, the standalone Joker movie seems like a mixed bag, if you’ll pardon the cliche. That said, when you look at the credentials of the people involved so far, we have Scorsese! He would bring that awesome gangster feel to a movie that would be much in need of grit, and seedy, New York-style darkness. Seeing that he is involved is a huge boost of confidence.

Yet, then there is Todd Phillips, whose movies are funny, and frankly a little crass. How does he fit into the scheme? His name is listed as a producer and writer. It’s the writing part that seems scary. Scorsese brings gravitas. However, he isn’t writing or directing; so how much funny will this film have?

Finally, we have Scott Silver set to co-write. Let’s all breathe a sigh of relief. With his proclivity for writing tense scripts, portraying dramatically tense and tortured character, he might be just what this movie needs.

This will be the first film under a new banner that has yet to be named in which WB can expand the canon of DC properties and create unique storylines with different actors playing the iconic characters.-Deadline

This Joker origins story will be separate from the DCCU. It will be under a new banner and not need to be tied to any previous WB or DCCU properties for the sake of continuity. That means that all bets are off on casting, so Jared Leto will likely not portray this Joker. I imagine this Joker to be more of a young DeNiro in Goodfellas type, and I think that could be a good thing. It make me wonder what other new projects will come from this new banner that Warner Bros. is creating. And, it may all hinge on the tone this movie takes.

Cue the trolls, critics, and fanboys.

A #JokerOrigin movie has got to be one of the dumbest ideas I’ve ever heard. Good job @wbpictures for being so stupid.

After the announcement, people took to Twitter to rage in 140-characters or less, about what they thought would be wrong with the project, and why it was stupid. The arguments were simple and fell into the following categories:

To all those people, I have a couple of things to say:  The Killing Joke was a great film that pushed both Batman and The Joker in new directions. You never know what you will get until you see the finished product. Announcements can only give us a rough sketch of what we can possibly expect. Trailers can be misleading. All a person can do is hope, wait, and wonder; while not giving in to the critics and nay-sayers. So let us all have hope, just for a moment, for what a stand alone Joker movie could be.

The word you are looking for is “magnificent.” It could be just that.