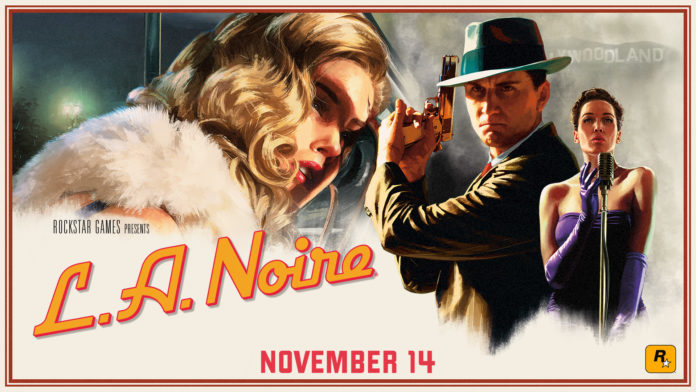 Rejoice and celebrate, L.A. Noire is back!

Rockstar have announced that the impressive detective thriller from 2011 is returning. L.A. Noire is getting a re-release of the original game as well as all the additional content for current gen consoles. This means Xbox One, PS4 AND Nintendo Switch; hooray for Rockstar on a Nintendo machine again! Not only that though, L.A. Noire will also be releasing in VR for the HTC Vive.

You may not have heard of L.A. Noire (shame on you!), so check out the launch trailer for the games original release below:

Set against the seedy and violent underbelly of 1940’s Los Angeles, L.A. Noire is the story of decorated veteran and newly minted detective Cole Phelps as he investigates an escalating series of cases inspired by real-world crimes. Each successfully solved case brings Phelps greater success, but also brings him closer to the dark criminal heart of post-war L.A.

The original game received a lot of praise, especially for the advanced facial capture used to help people deduce whether someone was lying or not.

The four new versions of the game bring something new to each format and Rockstar have kindly detailed these enhancements for us: 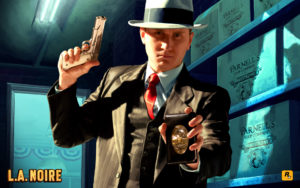 It’s great to see the game come back and I am quietly hopeful that if these re-releases perform well we might see a sequel. I would love to play some more of the L.A. Noire world, even if it a completely new locale. We will have to wait and see; but this is a great opportunity to try out a great game if you never got to before.

The Nintendo Switch version sounds really interesting. It sounds like a lot of work has gone into making it fit the console, rather than just provide a lazy port. I find it odd that the VR version isn’t currently making its way to PSVR, just HTC Vive. Perhaps it is something we will see in the future.

Will you be returning to the 1940s to finally get those five stars on every case? Or will this be your first foray into the Rockstar detective schtick? Let us know in the comments below or on the RGM Twitter.