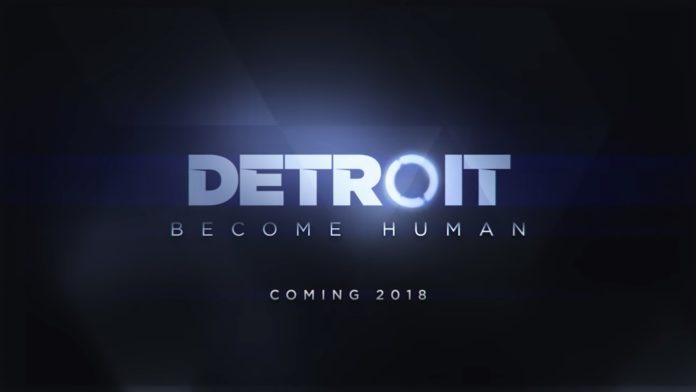 Game trailers are a tricky thing to get right. They take a lot of work to get the balance between revealing too little and too much. Guerrilla Games have hit a sweet spot themselves with a minimalist approach, as shown with their latest trailer for The Frozen Wilds. However their counterparts across the border from Germany in France, Quantic Dream have hit an equally sweet spot with their full-on approach. Trailers for Detroit Become Human are big, hard hitting and do nothing but build excitement for their latest title. Known for their approach to games design as “interactive dramas” instead of games, Quantic Dream may have just released the most heart-wrenching trailer for a game since Deep Silver’s haunting trailer for Dead Island 6 years ago.

Let that one sink in for a moment. The trailer for Dead Island featuring the little girl and all the zombies was 6 years ago. For a reminder of that tear-jerking 3 minutes, check that out below. Trailer courtesy of IGN.

However, we’re not here to rehash a trailer from 6 years ago. No siree Bob. We’re here to showcase the latest offering for Detroit Become Human, at what is fast becoming one of the most memorable Paris Gaming Week’s for a long time.

As mentioned however, the trailer above is an emotive one. I remember watching it and I’m sure anyone who has seen it, even 6 years ago remembers it now. I get the strong feeling that the same can be said for Detroit Become Human’s latest trailer, with the common theme here being: a little girl.

There’s no denying it, little girls evoke strong emotions in the vast majority of us. They are seen as cute little princesses (for the most part), who are generally among the most vulnerable. It’s why the scene in Men in Black where Will Smith shoots the cardboard cut out of a little girl in the training scene also stands out. Among the sea of aliens and monsters, the little girl is surely the last figure who should be seen as a threat right? Anyway, I’m digressing yet again.

The latest trailer for Detroit Become Human shows a run-down looking neighbourhood, similar to the one Ethan Mars lives in, in Quantic Dreams previous release Heavy Rain. We then are shown an android, Kara, coming to live in a house with a big nasty guy, Todd, and his sweet little girl, Alice. At what first appears to be a trailer for a game that could also be called Robot Domestic Servant, (copyright, R Talbot-Ashby if not already done), we see Kara being told that without her for a couple of weeks the house is in a right state. She’s there to clean, cook, look after Alice “all that crap.” What a charming chap.

The trailer starts to show Todd’s abusive side as he holds Kara by the throat, before we come to where the choices within Detroit Become Human become apparent. With Todd being verbally abusive towards his daughter, Alice, she runs up to her room after her throws a table. All the while, Kara stands by.

I wont go into this anymore as you’ll need to watch it for yourself. Suffice to say however, as a father of 2 beautiful princesses myself, this trailer made me cry. I had to remove myself from the room and do some of the dishes to save a little face. Of course, I probably found myself tearing up because of my daughters, whether I would have done the same without them is another question. Enough of this though, check out the latest trailer for Detroit Become Human.

Damn son, that hit me so hard in the feels I need some Tylenol. What did you think of this? Are your feels OK? Is Detroit Become Human on your 2018 wishlist? Let us know what you think in the comments!