As we have closed 2017 and are now heading into the new year, I’d like to provide my thoughts on what we will possibly see from some major game publishers in 2018. Now, to make things clear, this isn’t going to cover every single publisher as frankly there are some that I’m just not certain about, or at the least, certain enough to include them. So if you see a company excluded, it’s not because I don’t find their games or potential impact on the industry interesting. Also, it simply must be stated that this is all my opinion and of course its possible that I’m utterly wrong.

I’ve also covered what I expect/hope to see from the big three console manufacturers (Sony, Microsoft and Nintendo) so if you’d like to check that out you can do so right here. Now, let’s get started.

Destiny 2 came out this year and it sold incredibly well. There are still some ongoing issues but overall things are looking good there. Curse of Osiris released, we’ve got another expansion coming in Spring 2018 and I have no doubt the first major expansion (like The Taken King) will hit in Fall 2018. 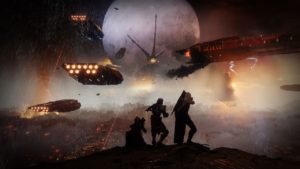 As long as Bungie can keep the communication lines open and take community feedback, they’ll continue to do very well.

Call of Duty: WWII came out and sold phenomenally, so assuming the same three-year cycle for Call of Duty games is still in place, Treyarch’s next work is up in 2018. Now, Black Ops III sold extremely well but I’m fairly certain that story arc is done and we won’t be seeing Black Ops IV. I honestly have no clue where the setting will go but unless they seriously annoy the fanbase, it’s hard to see the Call of Duty juggernaut slowing down after its renewed success this year.

Overwatch will continue its seasonal events and drip-feed of content, which should keep the fanbase happy. After the success of the Crash Bandicoot N. Sane Trilogy, I have to imagine that Activision might look for other big remaster opportunities, maybe even a Spyro collection? No matter what else they bring in 2018, Activision is definitely comfortable right now.

Bethesda Softworks was definitely on fire in 2017, with the release of Prey, The Evil Within 2, Wolfenstein II: The New Colossus, re-releasing Skyrim for PSVR and the Nintendo Switch, not to mention bringing DOOM over to the Switch and promising to bring Wolfenstein II in 2018. I definitely don’t see them having as crazy a time in 2018 simply due to the fact that most of their studios just released a game. That’s not to say there won’t be surprises though, as I’m sure they still have a couple up their sleeves.

It’s definitely possible we could see something new from Bethesda Game Studios, something not related to the Elder Scrolls or Fallout. While Fallout 4’s announcement in early 2015 was followed by its release just a few months later, if it’s a new IP altogether I imagine (and hope) they’d give it a fair bit more breathing room.

The other big series we could see is DOOM. DOOM released in May 2016 to critical success and if an expansion had been planned, I think we’d have heard about it by now. 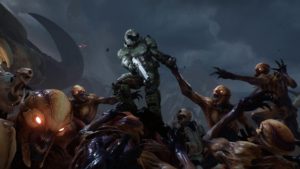 Id Software  has had a decent amount of time as this point so a theoretical DOOM 2 (who knows what it’d actually be called) being announced at E3 2018 would definitely get some spotlight attention. The campaign formula doesn’t need to be adjusted at all but hopefully we’d get a very overhauled multiplayer.

Regardless of exactly what happens, while Bethesda will no doubt have a decent time in 2018, there’s practically no way they can repeat the insane number of releases they had in 2017.

With Monster Hunter: World being one of 2018’s earliest and biggest games, Capcom is starting off strong. Their long-standing tradition of remakes, re-releases and remasters served them well in 2017 and the new year should be no different.

With the reboot launch of Street Fighter V: Arcade Edition also arriving in early January, the playerbase should be reinvigorated, at least for a decent amount of time. 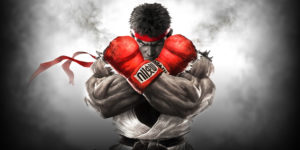 Marvel vs Capcom: Infinite should continue to get new fighters and content, which will hopefully appease fans. Mega Man 11 is coming and reception seems positive so far. Early in 2017, there was a supposed leak of three upcoming Capcom titles. It’s possible we could see something from these materialize but I have my doubts. I also think that it’s high time we accepted the fact that Deep Down is dead, as the Public Beta is now four years late.

Overall, between a handful of new releases and the certainty of some remaster announcements, Capcom should have a solid year.

Oh boy, EA. Let’s just get this out of the way: Anthem cannot suffer the PR fate that Star Wars Battlefront II did. Yes, Battlefront II still sold well but it’s Star Wars, one of the popular franchises in existence. Anthem’s reveal was impressive to say the least and I have high hopes for what Bioware is doing however, if they really hope to take on Destiny, any hint of overwrought microtransactions or any similar shenanigans will be extremely damaging.

The bad PR EA has to surmount doesn’t stop there though. With the closure of Visceral Games, their game has been handed off to a team at EA Worldwide Studios and is almost certainly being shifted from a single player focused title into a much more multiplayer friendly one. It’s not a good look to say the least.

The various EA Sports titles will continue their yearly iterations and will likely continue to sell very well, though that should go without saying. 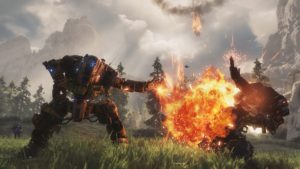 It definitely makes sense that we could see Titanfall 3 positioned alongside the next Battlefield game to try and corner the Fall 2018 shooter market, much like in 2016. Given how Titanfall 2 underperformed in its first couple of months and has only recently seen a bit of a comeback, I’m not sure that’s a good strategy, especially with Call of Duty’s renewed vigor and the very real possibility of Halo 6 hitting sometime in Fall 2018. Combine that with Anthem’s vague release date of Fall 2018 and you have a potential recipe for disaster. There’s a lot of big IFs facing EA and they’ll have to navigate them carefully.

It’s not all bad PR though. A Way Out, which looked intriguing in its reveal trailer, is releasing in March 2018 and looks like it could provide some much-needed variety and good publicity.

Ubisoft is doing great overall, with the success of Tom Clancy’s Ghost Recon Wildlands, Assassin’s Creed: Origins and even For Honor, even as the latter is receiving ongoing improvements. They’ve got some big games hitting in 2018, starting off with Far Cry 5. Then, there’s The Crew 2, Skull and Bones and of course Beyond Good and Evil 2. I don’t think they’ll have as many new announcements in 2018 as they did in 2017 but with this many games in the works, they’ve got plenty to work with. 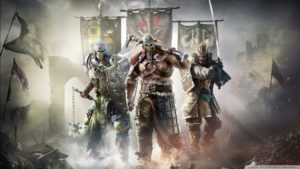 Ongoing support for their other titles like Rainbow Six: Siege should stay strong, so all they really need at this point for me (and many gamers) to be happy is a new Splinter Cell. It’s high time we saw Sam Fisher back in action.

Given how well Assassin’s Creed: Origins was received after taking a year off, I don’t think we’ll see a new title in the series in 2018, though obviously its still possible.

All in all, 2018 is shaping up to be an even crazier year for gamers than 2017. Remember, this is just a fraction of the major publishers out there, so there’s something for everyone to look forward to. What’s your most anticipated game in 2018?