Happy new year gamers! 2018 is here and I think it’s bringing an incredible year for gaming. To help get started, I’ve compiled a list of my thoughts on what “the big three” (Sony, Microsoft and Nintendo) might be bringing this year. Some of it might be wishful thinking, some of it might be overwrought cynicism however, it’s fun regardless.

So let’s dive in, shall we? Here’s my thoughts and hopes on what Sony, Microsoft and Nintendo have in store for us. I’ve also written my thoughts on some other major publishers and what they might be bringing in 2018, so if you’d like to read that just check it out here.

Sony had a great year in 2017, what with Guerilla Games’ magnificent action-RPG debut, Horizon Zero Dawn, Naughty Dog’s expansion/sequel Uncharted: The Lost Legacy and third-party console exclusives like Nioh and NieR: Automata. As good a year as that was, 2018 is looking even better. Over the last couple of years, they’ve revealed what practically every studio in their portfolio is working on, with God of War, Days Gone, The Last of Us Part II and Ghost of Tsushima all receiving impressive reveals. Throw in some partnerships for Detroit: Become Human, Death Stranding, Spider-Man, Shenmue III and more, and you’ve got an incredible line-up. 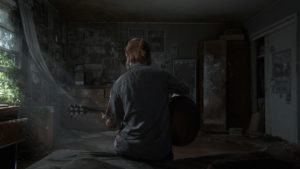 The downside to this approach is that I think we’re done seeing new games from Sony for quite some time. Sure, there could be a third-party exclusive game, (maybe From Software’s new project, though I doubt it) but the reality is that the PlayStation 4 is over four years old and most of Sony’s studios have yet to release a game. 2018 should finally begin a strong rollout however it has to be handled carefully, as if these games are released too close to each other, it could damage their sales potential.

First up, PSVR seems to be doing well, with lots of smaller titles helping to support it. While it would be nice to see another major third-party game use PSVR like Resident Evil 7: Biohazard did, realistically I think the smaller game approach will be the standard moving forward. The two big PSVR games coming out in 2018 to keep an eye on are Moss and The Inpatient. When I played Moss at E3 2017, I was blown away and I can tell you firsthand it is absolutely something special. While I haven’t played The Inpatient, it seems creepy and looks well-suited to take advantage of VR.

There’s no doubt that the AAA rollout will begin with God of War. At this point, I honestly doubt it’ll get a March release date (feel free to prove me wrong Sony) but April or May are still very possible. There’s a lot of hype around this title and it should do very well critically and commercially.

Next up is Spider-Man. Avengers: Infinity War hits theaters in May, so I think Spider-Man will probably be released in either June or July to capitalize on hype. We should be looking at another incredibly successful game there. Beyond that is Detroit: Become Human. Due to the nature of the game, if it releases too late in the year it runs the risk of being cannabilized by a packed fall, so I think August would make the most sense for a release date. 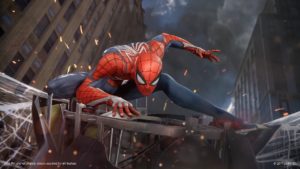 Media Molecule’s Dreams is a bit of an odd one. As a game focused around player content creation, I think the best time for this to release would be sometime over the summer, assuming they can get the beta out in spring. This type of game will absolutely live or die based off of how players react to sharing content and if influential creators get ahold of it.

It’s also important to mention Shenmue III. Frankly, I have absolutely no idea where it’ll fit. One of the recent trailers showed that it still needed work to say the least, so combined with a tentative release date of Late 2018, I’m not honestly sure it’ll even come out in 2018. Being pushed to Early 2019 would make more sense, as it allows more development time and keeps it out of the crowded fall.

Finally, we come on Days Gone. While it’s slated to come out sometime in 2018, I really don’t see it happening and I definitely don’t think it’s a good idea. While it could be released during the holiday period, as a new IP I think it needs more room to breathe and pushing it back to 2019 would allow for that. Of course, the downside to that is that if it releases too close to The Last of Us Part II, it’ll inevitably suffer from comparisons. I remain positive but Days Gone will have hurdles to overcome no matter when it comes out.

Overall, Sony should have an absolutely fantastic 2018, with lots of big games that cover a wide variety of genres.

Microsoft had an interesting year in 2017. On the one hand, they released the long-touted and awaited Xbox One X, which has received fantastic support from developers and boasts some seriously impressive enhanced games. On the other hand, there’s no denying that 2017 was one of Xbox’s worst years ever when it comes to game output. Don’t get me wrong, I loved Halo Wars 2 and Cuphead, Forza Motorsport 7 was impressive and Super Lucky’s Tale is a nice, family-friendly title however, the reality remains that gamers want big, blockbuster exclusive experiences to look forward to and they didn’t really deliver.

Fortunately, their 2018 is looking a lot better by default. To start things off, Sea of Thieves is releasing in March and I really feel that if Rare provides continual content updates, it’s going to be something very special.

If it gets some spotlight attention from streamers, it’s very possible it’ll be a huge hit.

Next up is Crackdown 3. Now, I enjoyed what I played of the single player at E3 but that’s not where the excitement is. The real question is whether or not it can deliver on the cloud-powered multiplayer that has been talked about so much. Hopefully the delay means that the team has had plenty of time to finish polishing and improving it. If everything is going well, this would make for a good late April or early May release.

The final big AAA that’s been announced is State of Decay 2. The first State of Decay was a huge success so it’s fair to assume this one will be as well. What we saw at E3 looked good however Undead Labs has been a little quiet since then. This should fit nicely as a big summer title, maybe June or July.

Then of course there’s the matter of Halo 6. No, it hasn’t been officially announced. That said though, Halo 4 released in 2012, Halo 5: Guardians in 2015. Even when Bungie had the reins, mainline Halo games were on a three year cycle. 343 Industries has been very open about taking people’s feedback regarding Halo 5 and what was liked or wasn’t, so I have very high hopes for what we’ll see on the campaign and multiplayer side of things. Yet in spite of that, I’m not actually 100% certain Halo 6 comes out in 2018. I think it’s likely, don’t get me wrong but it’s a little odd that 343 would be so dedicated to fixing and revamping Halo: The Master Chief Collection this late in its life only to suddenly spin their attention to Halo 6 in the fall. It’ll definitely be interesting to see how things play out.

It’s also worth mentioning a couple of smaller titles in Xbox’s lineup. Specifically, The Last Night and Ashen both looked very impressive, so I think we could see these around August or September. 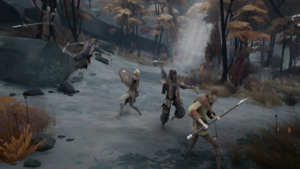 Even though they aren’t quite AAA, they definitely provide much-needed variety and should find very receptive audiences.

I also think we’re going to (and need to) see some sort of surprise close to or at E3 2018. Maybe I’m being too optimistic, but given the current state of the various Xbox studios, it makes sense that they might secure some sort of big third-party exclusive. Or maybe Rare has revived one of their old IPs? I don’t know. While I remain positive, 2018 is definitely the time to be open with the fanbase. Phil Spencer’s promotion was a great thing for Xbox fans and while I’m aware he doesn’t like announcing games too far ahead of release, we need to see something. Even just one new studio and one new IP would mean massive things for Xbox as a brand.

All things considered, Xbox should have a good, solid 2018. With that in mind, they absolutely need to share what is coming in the future.

Well, well, well. What an incredible comeback Nintendo! The Wii U sold maybe 14 million consoles and the Nintendo Switch is set to outpace it within its first year. With an incredible lineup that included The Legend of Zelda: Breath of the Wild, Splatoon 2 and Super Mario Odyssey, it’s fair to say they mostly stole the show in 2017.

We’ve got confirmation that Metroid Prime 4 is on the way alongside a mainline Pokémon game. Then, you’ve got the possibility of more major Wii U game ports like Super Smash Bros. or older Zelda titles. Throw in third-party support from publishers like Bethesda and interesting new titles like Project Octopath Traveler and I’d say they are looking at a 2018 that should be just as, if not more successful than 2017. 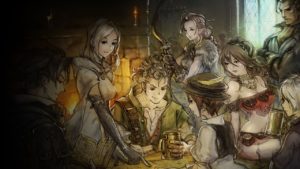 The real question is what comes beyond. While they’re killing things in the game department, the reality is that everything on their platform continues to lag behind. The paid online services have been yet again delayed to sometime in 2018 and Virtual Console is beginning to look like a dream. Do these things mean they won’t be successful? Not at all however, these are concerns that continue to pile up without answers.

So overall, the insane success of the Switch should continue through 2018, with lots of big games. Nintendo does however need to start addressing infrastructure concerns.

So there you have it, my thoughts on what Sony, Microsoft and Nintendo might be up to this year. Regardless of which consoles you own, it’s bound to be a great year for gamers. If you agree or disagree, I’d love to hear from you. What game are you most excited for?