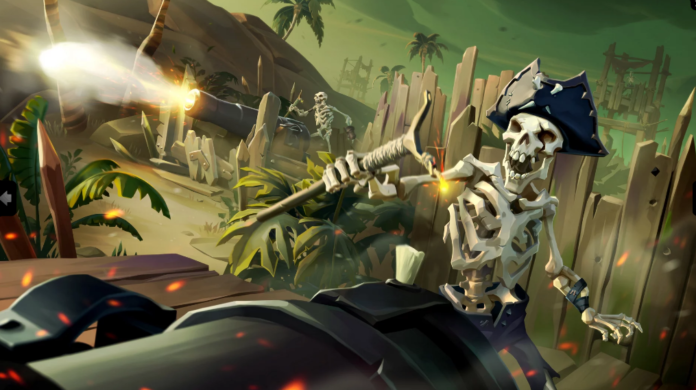 Well, we are nearly there, it’s nearly release date for Sea of Thieves! Those of you who have been fronting up for the multiple beta tests will be busting to get your hands on the full game and once again sail the seas with your fellow pirates.

Today, Rare have released a new trailer to get you pumped up for the March 20th release, showcasing some of the more hilarious moments you can expect to have in Sea of Thieves.

From hunting pigs, to blowing your friends up, to get chased by packs or skeletons, and even ambushed by massive seas monsters, Sea of Thieves has a little bit for everyone and is quickly changing people’s minds about the worth of Xbox’s game pass. At $10 per month (depending on your location) the game pass gives you access to over 100 games, with Sea of Thieves being one of them. Other popular titles joining the pass soon are Crackdown 3 and State of Decay 2. That’s some bloody good value right there. You can check out more details regarding the game pass here.

In the meantime, sharpen your hooks, charge your batteries and get ready for the game that is being acclaimed as “the best pirate game we’ve ever played” – Metro.