This week, Sony announced on the PlayStation Blog their Countdown to E3 2018 would commence with daily announcements. Yesterday’s reveal was something out of left field that I am very surprised and happy about. From the creator of Lumines and Rez Infinite,  comes Tetris Effect. An announcement trailer was unveiled, made entirely with in-game assets.

The name of the game comes from a real medical condition defined as a syndrome that can occur “when people devote so much time and attention to an activity that it begins to pattern their thoughts, mental images, and dreams“. A phenomenon that happens among people who plays a lot of Tetris is that they “could find themselves thinking about ways different shapes in the real world can fit together, such as the boxes on a supermarket shelf, the buildings on a street, or hallucinating pieces being generated and falling into place on an invisible layout”. It inspired Tetsuya Mizuguchi, the creator behind Lumines and Rez Infinite.

Tetsuya Mizuguchi said he wants to create an experience based on this condition, but pushed even farther. He wants gamers to have not just the shapes and mental processes to stay with them, but also the visuals, the music, everything. There will be more than 30 levels, based on varied background environments with each having its own musical soundtrack. They will be the life center of the gameplay. Special effects will follow the music’s rhythm (not unlike the games of the Lumines franchise). The player’s actions will also have an impact of what is happening on screen. 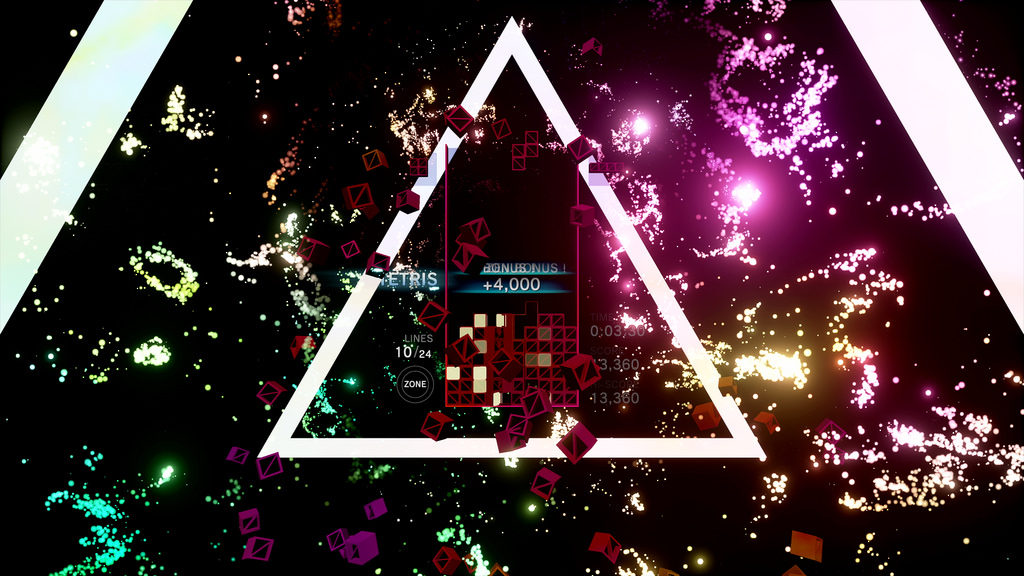 There will be returning game modes from previous Tetris games, like Sprint, Marathon and Ultra. New gameplay mechanics will be introduced like the Zone. It consists of giving players the ability to “stop time (and Tetriminos falling) by entering the Zone and either maneuver out of a potential game-over situation, or rack up extra line clears for bonus rewards“. It could lead to spectacular results like clearing 12 lines at the same time.

A huge surprise for me is the announcement that the game can optionally be played in PlayStation VR! With the incredible artistic design put forward by its creator, it will be an awesome sight, and an experience to remember I’m sure.

There are still a lot to announce. The PlayStation Blog reports that people at E3 will have a hands-on demo playable on the show floor. More information will be available behind closed doors for the media. More announcements will be made throughout summer, up until the Fall release.

I am very excited by this announcement. Tetris always had a special place in my heart since the days of the original Gameboy. Lumines is a franchise that revived my love for this type of game. Seeing both concepts together mixed by a brilliant creator is making me so happy. What do you think? Are you happy by this news? Are you surprised? Let us know in the comments.