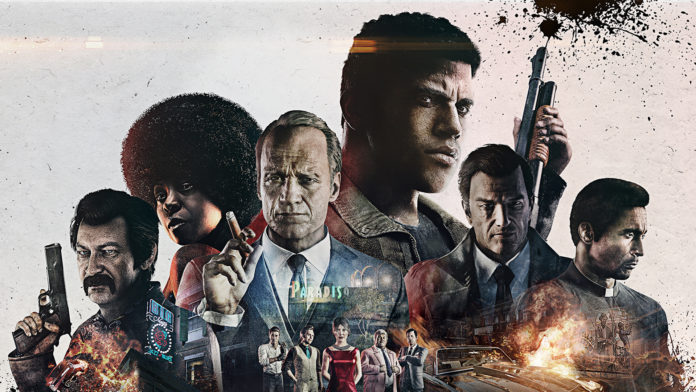 This week, on the Official PlayStation blog, they announced the PS Plus free games for August 2018. There is action aplenty, with some pretty well-known IP or franchises. The traditional list of 4 games is even bigger this time around with 2 additional ones. It is an interesting mix this month.

1968. New Bordeaux.
After years of combat in Vietnam, Lincoln Clay knows this truth: family isn’t who you’re born with, it’s who you die for. When his surrogate family, the black mob, is wiped out by the Italian Mafia, Lincoln builds a new family and blazes a path of military-grade revenge through the Mafioso responsible.

Death Is Not an Escape.

Dead by Daylight is a multiplayer (4vs1) horror game where one player takes on the role of the savage Killer, and the other four players play as Survivors, trying to escape the Killer and avoid being caught, tortured and killed.

Survivors play in third-person and have the advantage of better situational awareness. The Killer plays in first-person and is more focused on their prey.

The Survivors’ goal in each encounter is to escape the Killing Ground without getting caught by the Killer – something that sounds easier than it is, especially when the environment changes every time you play.

Suppress your inner demon or unleash its power

You are a mercenary possessed by a flame demon in a desperate world ravaged by seven Ice Lords and their Dead-Army. In this RPG where all your choices lead to consequences, you will have to choose between unleashing the powers of the beast within and rejecting the demonic influence that wants to claim your humanity.

Serious Sam 3: BFE is a glorious throwback to the golden age of first-person shooters where men were men, cover was for amateurs and pulling the trigger made things go boom.

Meet Hanzo. He’s a ninja. While he was training ‘out there’ the Pirate Monkey Zombies™ – stupid, ugly, smelly, rotten and disgusting creatures – kidnapped his family. Take control of his awesome blade and aid him in the quest to free them.

You need just your finger to play. Draw a line to jump, dash, dodge and slash. Tap to run. Pinch the screen to summon powerful Ninjutsu Techniques – super-efficient against the ‘rottents’.

YOUR FINGER IS THE ULTIMATE WEAPON!

The legendary Space Hulk returns in this epic turn based strategy game. Set in the Warhammer 40,000 universe, an intriguing story of legendary battles and heroic actions unfolds. Play as a small squad of fearless Space Marine Terminators who attempt to reclaim their honor by mounting an assault on a derelict space hulk infested by hordes of vicious tyranid Genestealers. Take control of the Adeptus Astartes of the Blood Angel chapter and guide them towards glory, while battling fierce Xenos and uncovering ancient relics in the infested confines of the massive Space Hulk named “Sin of Damnation”. The game is a 3D digital turn based strategy game that recreates the classic claustrophobic board game experience.

In addition to the regular 4 games, for the next 2 months, there is a PlayStation VR game available for a free download: Here They Lie

DEATH IS NO ESCAPE

Developed by Tangentlemen under the banner of Santa Monica Studio’s external development group, Here The Lie is an uncanny horror experience where death is not a checkpoint. Delve into an inescapable, surreal world where unsettling encounters and environments come to life.

Finally, for the next 3 months, a PlayLink PS4 game is available for a free download : Knowledge is Power

Answer a massive variety of trivia questions to outsmart your opponents, with tactile challenges thrown in to keep you on your toes. This is all about speed and accuracy — are you up to the task?

So, lots of variety in this selection. Again, a good mix of triple-A titles with smaller ones, which is what I think this selection should be. It is also great to see PSVR getting some love. What do you think about this selection? Let us know in the comments, on Facebook or on Twitter.