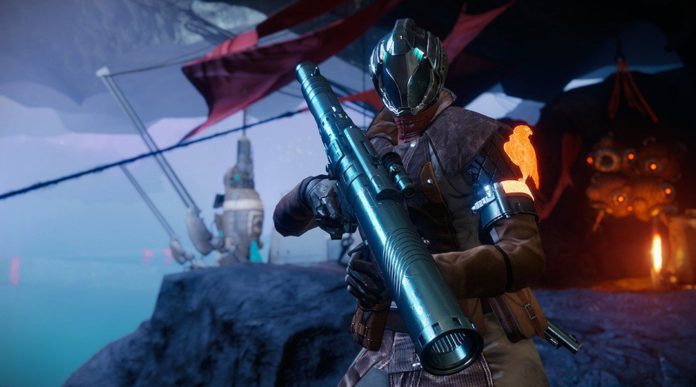 Today, on the Official PlayStation blog, they announced the PS Plus free games for September 2018. It is a huge month! There are 2 HUGE triple-A PS4 titles and a nice selection of PS3 and Vita games to round things up.

Destiny 2 is an action shooter that takes you on an epic journey across the solar system. In the cinematic campaign, you’ll enter a world filled with compelling characters and fight to take back our home. Battle alongside friends with multiple cooperative modes or challenge others in intense multiplayer matches.

The sequel to the critically acclaimed Destiny you will find hours of content exploring the Destiny 2 universe. It is already available to download, so you can get some playtime in before the 24-hour free trial of Destiny 2: Forsaken‘s new mode (Gambit). The trial starts on September 1st at 10:00 AM PDT.

Set in the realm of brutal Greek mythology, God of War III Remastered is the critically acclaimed single-player game that allows players to take on the fearless role of ex-Spartan warrior, Kratos, as he rises from the darkest depths of Hades to scale the very heights of Mt Olympus and seek his bloody revenge on those who have betrayed him. Armed with double-chained blades and an array of new weapons and magic, Kratos must take on mythology’s deadliest creatures while solving intricate puzzles throughout his merciless quest to destroy Olympus.

Also known as Out Of This World™, Another World™ is a pioneer action/platformer that released across more than a dozen platforms since its debut in 1991. Along the years, Another World™ has attained cult status among critics and sophisticated gamers alike.

AN IMMERSIVE ADVENTURE WITH UNIQUE STORYTELLING

Another World™ chronicles the story of Lester Knight Chaykin a young scientist hurtled through space and time by a nuclear experiment that goes wrong.

Q.U.B.E: Director’s Cut is a brain-twisting first-person puzzler. Using special high-tech gloves, you manipulate the environment around you – build bridges, shift walls, open new paths – in order to journey deep into a mysterious giant cube hurtling through space towards Earth and destroy it from within before it eradicates all life on our planet!

This Director’s Cut version contains an all new story and dialogue by the award-winning writer Rob Yescombe, and “Against the Qlock” time trials levels that will test your puzzle-solving skills as well as your speed and adaptability.

A long time ago five enchanted keys were created. The keys were scattered around mysterious lands and still remain undiscovered. Many have come to find them, and so far all have failed. Will you find the keys and unlock the secrets, or will you join the endless ranks of souls forever trapped within these lands?

Play as the daemon-hunter Baron Dashforth in a side-scrolling co-op brawler set entirely on the grand spectacle of a theatre stage that rewards performance over pummeling.

Let’s not forget also, like I said last month, that there are 2 additional games available: Here They Lie (PSVR game) and Knowledge is Power (PlayLink game).

Releases like these really make the price of a PS Plus subscription worth it. 6 free games with at least 2 triple-A titles. It’s a lineup we don’t see often in the PS Plus offerings. I am thrilled by what Sony is offering us. What do you think? Are you as happy as I am? Let us know in the comments, on Facebook or on Twitter. Be sure to follow us on Instagram as well!