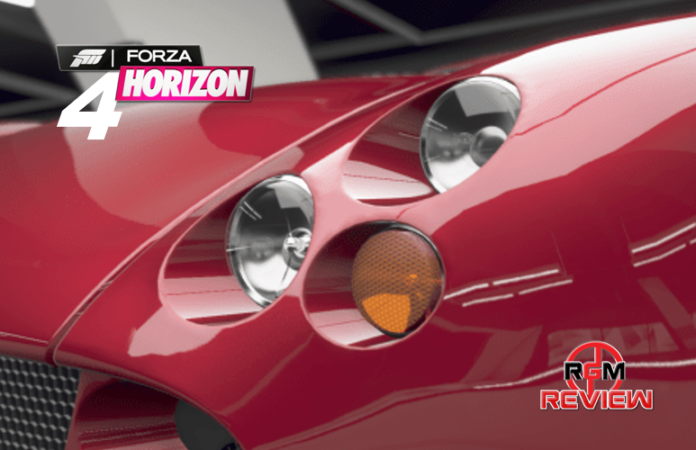 Jumping into a McLaren Senna, you find yourself cruising the autumn British country roads, then suddenly morphing into a Polaris RZR, you’re now sliding across a treacherous frozen lake, which throws you into a Ford Fiesta spitting up mud as you tear through a spring setting, to then find yourself back in your Senna soaking in the sunshine of summer’s day as you speed down the highway. This, is your introduction in the world of Forza Horizon 4.

Set in Britain, you will find yourself racing through the four seasons, each of which requires you to approach the same piece of road with a different drive style. As you progress through the seasons you will open up a variety of events which will further progress your level in dirt, cross-country, and street racing, whilst continuing to open up new challenges.

As a participant in this year’s festival your sole duty is to drive to impress, get those wins lined up, and explore all the map has to offer, which is quite extensive.

As the main focus in Forza Horizon 4 (FH4) is racing, quite rightfully, and not an in-depth storyline, there are elements of a main story linked in throughout the game to keep you progressing along whilst keeping to focus behind the wheel.

There are several story based challenges that all tie into the goings on in the festival, scattered across the map. These include: Stunt Man, Drift Clubs, Worlds Fastest Rentals, and [email protected] Each of these features 10 chapters for you to work your way through, with one giving you the ability to purchase your own business which will provide you with daily income.

As the “story” progresses you unlock a variety of showcase events which I look forward too with every festival. Forza’s signature ‘race against a jet race’ doesn’t disappoint, along with a rather challenging race against the Flying Scotsman, dirt racing against motorbikes, and my favorite for this year – speeding around in a Warthog dressed up as the Masterchief.

Whilst these are all loosely tied together, they work nicely to create a variety of concurrent stories unfolding at the same time during this year’s Forza Horizon Festival.

FH4 plays exactly like you would expect an open-world racer to. If you have played previous instalments in the franchise you will feel right at home, with many of the same features and story–like progression implemented in the same way. Whilst FH4 might be rather similar to its predecessors, it still has a distinguishable identity.

A nice tweak to an older feature is the ability to buy houses across the country side which come with different perks. Once house for example, gives you the ability to fast travel to any road on the map, however the initial purchase comes at a price of $2,000,000. Keeping in mind though that you also need to have collected all of the fast travel boards to make this financially viable over time. 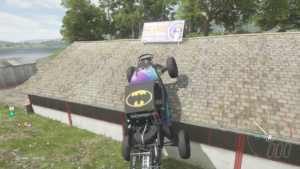 Character customization is available, albeit a tad limited, and you earn various items of clothing as you level up and via free wheelspins. This will do your head in a bit though, particularly when you see a Zonda about to drop and then at the last second it rolls over to a pair of blue running shorts.

Whilst we are on the topic of wheelspins, you can also earn Super Wheelspins, which gives you three prizes each spin. These are ranked in a color system based on rarity and included the above mentioned clothing, along with cash prizes, cars, emotes and car horns. 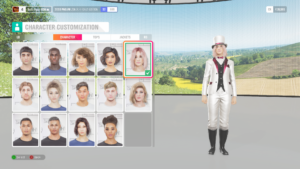 You earn cars as rewards for performance, via free loot wheelspins, and by finding cars in hidden barns – so all the usual formats. However, I found the rate that I was being rewarded cars at to be quite high, not that I was complaining, so expect to have a rather full garage early on.

Most cars come with body kits and upgrade paths so you can personalise your ride, or you can let the game do it for you by choosing the performance level you are after. You can further enhance your car by adding points to its skill free, each car having its own, however these points are universal so you can either apply them to the car your currently racing or stock pile them for later “big ticket” purchases.

Homage is paid to a variety of popular franchises such as James Bond, Halo, and even Windows XP, with the inclusion of the Lotus Elise from Bond, and horns saluting Halo and Windows. 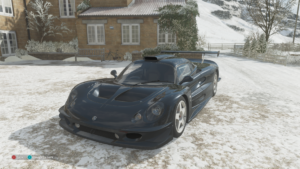 ANNA, your trusty nav system, is back and less clunky than in Forza Horizon 3. Making this a D-pad based controlled function really works in its favour.

A nice touch added to the creator hub is the ability to bring over all your saved decal designs from previous Forza games. Regardless of the title, if you’ve created and saved a masterpiece year’s ago, it’s there for you to download now and apply to new vehicles.

For those of you who love spending hours in the auction house or painting the ultimate ride, never fear, both features are back with the paint shop allowing for decals with up to 3000 layers per decal.

Whilst chasing and beating your own PB’s can consume you for hours on end, it doesn’t compare to the entertainment of racing friends, laughing when someone runs your mate off the road, and raging when it happens to you. Joining others is easy and for the most part seamless. On a few occasions I had a bit of difficulty with races not launching and kicking us back to the map, however I was generally impressed with the performance of online multiplayer. 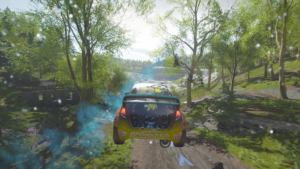 Overall I had a fairly bug free experience with FH4, only being kicked to the dashboard twice over the space of 96 hours in a game that had only just launched. Luckily, I wasn’t doing anything important like spending several hours designing a new paint job, otherwise that could have been rather upsetting.

As you would expect, FH4 is lovely to look at. The attention to detail in everything from bodywork to dynamic weather, is superb at low speed. Once you put your foot down though, some of the game’s beauty is lost in a bit of a blur, but that only serves for the realism of racing. 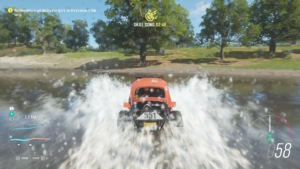 For the automobile connoisseur’s out there, you won’t be disappointed by the beauty of the vehicles on display, and you can take full advantage of this in the Photo Mode and Drone Mode. The Photo mode allows you to free roam around your vehicles to capture the exact photo you want, whilst the drone mode allows to you free roam the map to really get an appreciation for the British country side.

Your car’s radio has a variety of channels to choose from to put you in the mood for whatever racing your up for, whether you need some heart pumping tunes for a head to head race, or something a bit more mellow for a casual cruise through the country side. You will find though, that if you are a fan of just one radio station, that you will become a tad sick of some of the tunes by the end of a long day of gaming, as the variety of tracks aren’t extensive enough to avoid hearing the same song 3–4 times. So do yourself a favour and channel surf a bit. Having said that though, the soundtrack is awesome so it can be forgiven for lacking a larger variety.

The most important aspect through, when we are speaking about sound, is the cars! As expected, no expense seems to have been spared in ensuring every vehicle sounds authentic regardless of if it’s sitting on the gravel with the engine running, or tearing across an ice covered wheat field. At times I turned the radio off just so I could hear the engine purrrrr or climb through the gears. Forza hasn’t disappointed before in this aspect, and they haven’t now.

What did I want from Forza Horizon 4?

I wanted to jump in my car, join my friends seamlessly and tear up the road all day and night without getting bored. To be able to chill on my own, search for cars in barns, spend hours creating custom designs, and fine tune my vehicles. A map that would take me weeks to search every inch of, collect all the point boards and complete all the events and tasks. I wanted a game that promised substantial support and continued content.

Did Forza Horizon 4 deliver on my expectations?

Yes. I’m having a blast with friends, in some of the world’s finest automobiles, in picturesque Britain full of fields of autumn red leaves and spring fields of blossoms, crashing my way through most of the country-side.

With Forza Horizon 4 you get what you would expect. It’s another Forza, there’s only so much variety you can get every year whilst still staying true to the core of what Horizon is about, however I have really enjoyed this year’s version of ‘the festival’. 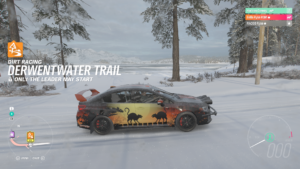 For those of you holding out for Forza Horizon 4 to be added to the list of games available on the Xbox Game Pass, you are getting a ton of value this month!