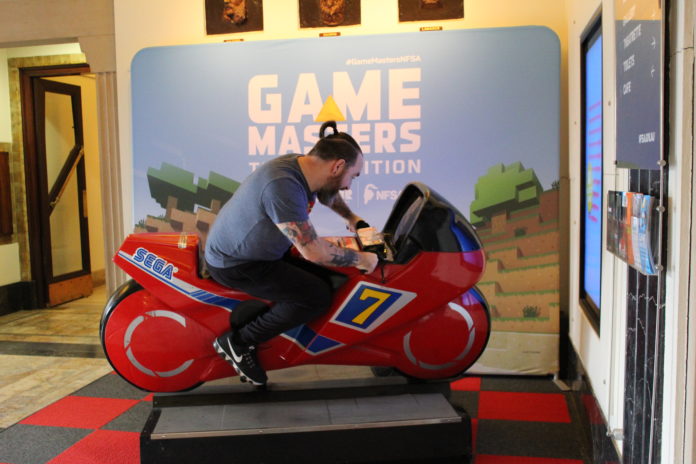 Game Masters is currently underway in Australia, with the event wrapping up on March 9th. I attended this year’s event to get my hands on over 80 games ranging as far back as five decades.

This was an interactive journey with all games playable on the floor, behind the scenes look at concept art and design processes, and of course – vintage consoles.

Game Masters first started in 2012 in Melbourne by the Australian Centre for the Moving Image, and has since become a worldwide event visiting the USA, Scotland, Germany, Sweden, and New Zealand. Initially the event showcased Australian games only, however as it’s grown in size it has evolved to cover games from developers all over the globe.

The event is categorised into three sections: Arcade Heroes, Game Changes, and Indies. Here’s what I experienced as I made my way through this video game culture walk down member lane:

The moment you enter this room you’re greeted by three well-loved classics – Space Invaders by Tamohiro Nishikado, and Gee Bee and Pac-Man by Toru Iwantani. 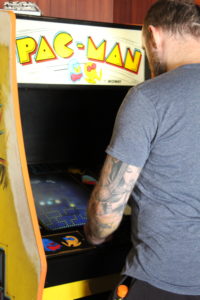 Space Invaders was released in 1978, well before I was born, and yet was a game that I spent hundreds of hours playing as a child. A fun fact is that the concept for Space Invaders was originally that the enemy targets were going to be planes, however the processing power at the time wouldn’t allow for smooth movement so instead the game’s direction changed and moved to a space theme with jolting movements (as the studio wouldn’t allow for the change from planes to human targets either!).

Pac-Man – well it’s still played across the globe and is one of the highest-grossing and best-selling video games of all time, reportedly bringing in $14 billion in revenue since its release in 1980.

There were 10 old school arcade games available on the day including the above and:

This was my favourite room of the event, with 44 games on display, accompanied by amazing never before seen concept art and statues.

Frequency (2002) and sequel Amplitude (2003), along with Rock Band 4 from Alex Rigopulos and Eran Egozy, were all playable with a dedicated room set up with guitars, drum set, and microphones. It was quiet entertaining watching the crowds jump in jam out in front of a bunch of strangers. Dance Central 3 also had its own stage set up for the extra brave in the crowd.

Child of Eden from Tetsuya Mizuguchi had an amazing display of concept art and commentaries from Tetsuya. I was really hoping to get my hands on the new ‘controller’ that was announced as being in development back in 2011, which is a corset peripheral and to date hasn’t seen the light of day. Apparently the only version of this device is available at Q Entertainment Studios and will likely never get released to the public.

Brutal Legend from Tim Schafer, another game I had forgotten about, voiced by actor Jack Black, was also available to play. The display showed off some amazing concept art, the original Eddie Riggs figuring, and a massive replica of the customisable Hot Rod.

This is game that nearly didn’t get it’s time in the light, with Activision dropping it from the portfolio after they merged with Vivendi Games. Activision and Double Fine lodged counter-lawsuits against each other over the IP due to publishing issues, however Electronic Arts was able to pick up the title during the aftermath. 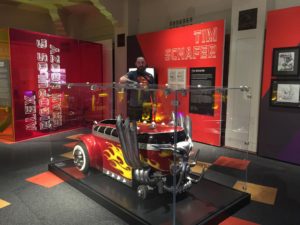 It was at this point that I had ventured through the whole room, looked at all the concept art, read up on the history of every game and its developer/s, when I then realised that my partner who accompanied me hadn’t made it past Sonic the Hedgehog yet – the nostalgia was real for him.

The indie section was alive with children running from one game to the next. It’s something I didn’t notice in the other areas of the event, and it was really refreshing to see. There was a great display of indies from all platforms, with the most notable one for me being From Dust.

From Dust originally started off as a strategy game, created through Eric Chachi’s fascination with volcanoes and his want to bring their “ambivalence and violent characteristics” into a video game. This, coupled with influence from African tribes and artwork by Polish painter Zdzisław Beksiński, From Dust was born. The development process behind this game is really quite interesting if you enjoy the read.

Other titles showcased in the indie room were:

All in all I had a great time, the event was not only full of nostalgia, but was an educational experience also. At a price of over $50 AUD a ticket though, I do feel that this will hinder the number of people that make their way through the door as for a family of 4 you’re looking at over $200 just to get in the door (not to mention the high prices of drinks and food on offer). The rooms weren’t very wide in variety either, whilst there was over 80 games to look at and play, the diversity was rather low. I understand that this is a growing beast and it’s only through public support and participation that exhibitions and events like this will continue to grow and evolve.

Having said that, I enjoyed the event and if you get the chance to attend next time Game Masters is in your area I recommended going along.

Here are a few extra shots I took on the day (which was quite the feat as the lighting made capturing images rather difficult: