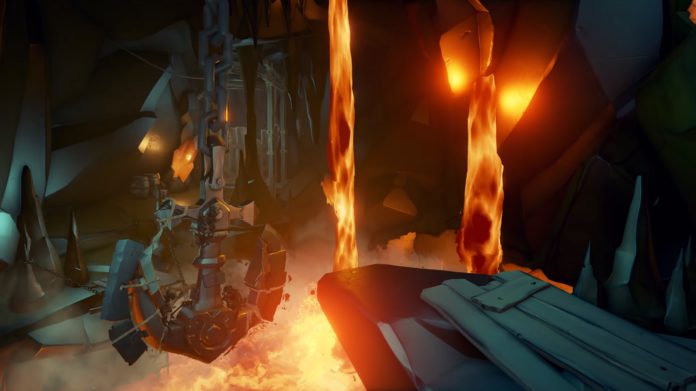 Ahoy me hearties! Batten down the hatches and splice the main brace, there be some mighty fine Sea of Thieves Tall Tales content coming on March 11th, 2020! Chainshots, blunderbombs and the Heart of Fire Ho!

Now I’ve gotten that little dose of pirate chat out of my system let me get on with this. First and foremost, a new Tall Tale called Heart of Fire is coming to continue the story of Arthur Pendragon. I recently played through the Seabound Soul Tale and it was brilliant. It was far more cinematic than we’ve been used to and it showcased some of the storytelling prowess that exists among the development team.

It promises to bring a good level of replay-ability with multiple options to take with the development team promising subtle changes each time you play.

There will also be 2 new ways to cause havoc in the update – namely the chainshot and blunderbomb. Firstly, the chainshot looks like a complete game-changer. Two small cannonballs linked by a chain, the chainshot will deal minimal damage to the hull of enemy ships, but maximum damage to ship parts. What that means you’ll want to aim them at the deck. Hit the capstan – destroyed. Strike the anchor – destroyed. Blast the mast – it’s down in one. As a result it’s a game-changer.

The other weapon is a new projectile called the blunderbomb. It’s effectively a grenade that explodes on impact. Definitely more of an anti-personnel throw-able than an anti-ship one, you’ll find the best effect on skeletons and interlopers to your ship. That being said, whilst it will deal absolutely no damage to enemy ships, it will rock them to the point that if aimed just right will also turn them off course. If nothing else, it looks damn cool.

The last point on these new weapons is that each ship will now start with them. Currently when you start you have a compliment of cannonballs, but as of the next update you’ll also start with 2 firebombs, 2 chainshots and 2 blunderbombs. That’s blunder-ful! 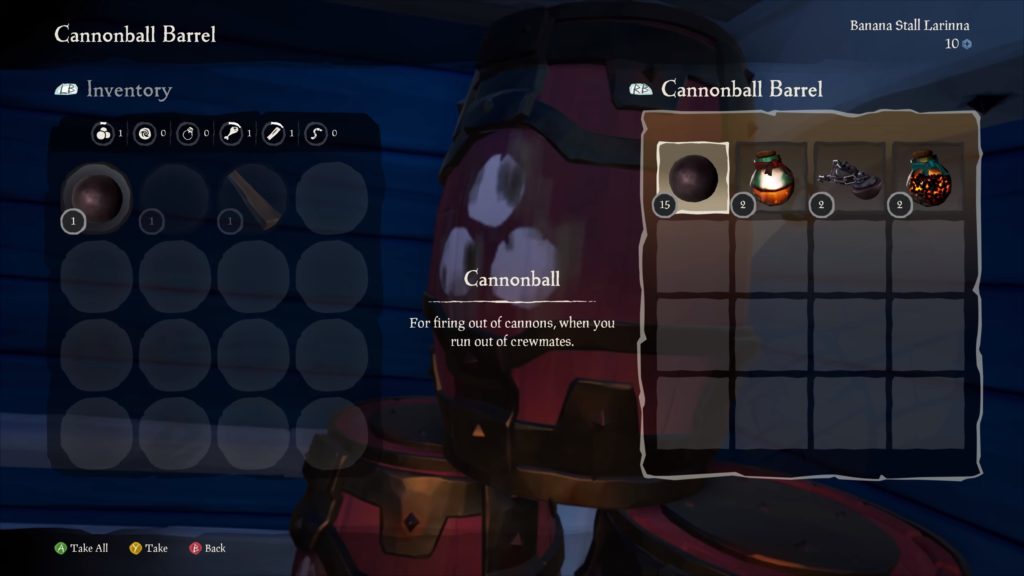 The last of the new content will include something the developers are calling Cronch Cosmetics. What is that you ask? Well you know that satisfying noise you hear when you chow down on a lovely looking banana? Cronch. In order to celebrate the Cronch, you’ll be able to buy banana themed weapons and outfits for your beloved pets from the Pirate Emporium.

That’s it for the latest content update for Sea of Thieves! Are you looking forward to entering the Heart of Fire? Will you relish knocking down masts with the chainshot? What about dressing up your monkey like a banana? Let us know what you’ll be doing in the comments below and don’t forget to Like Us on Facebook and Twitter and be sure to bookmark Real Game Media.