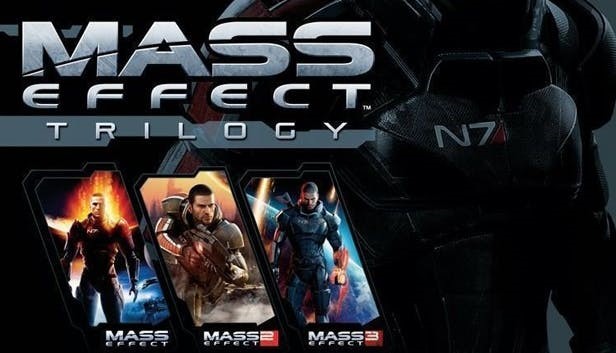 Welcome back to the lockdown everyone. We do hope you’re staying safe and staying strong. My first of 2 picks for these Top Ten Games to discover, was a turn-based strategy in the form of the timeless Civilization franchise. My second pick will be of absolutely no surprise to anyone who knows me in the slightest – the Mass Effect Trilogy. Yes, I know that this is 3 games but screw it, it’s my choice, my rules. Simply put, one cannot just play one of the three Mass Effect games.

The Mass Effect Trilogy is without a doubt the main reason, beyond work and beyond being a husband and father, as to why my back catalog of games to play continually grows. So for my reasons why you should dive into Commander Shepard’s shoes and save the galaxy, I’m going to go into each game, and why each one is to me, and thousands of others, a masterpiece. 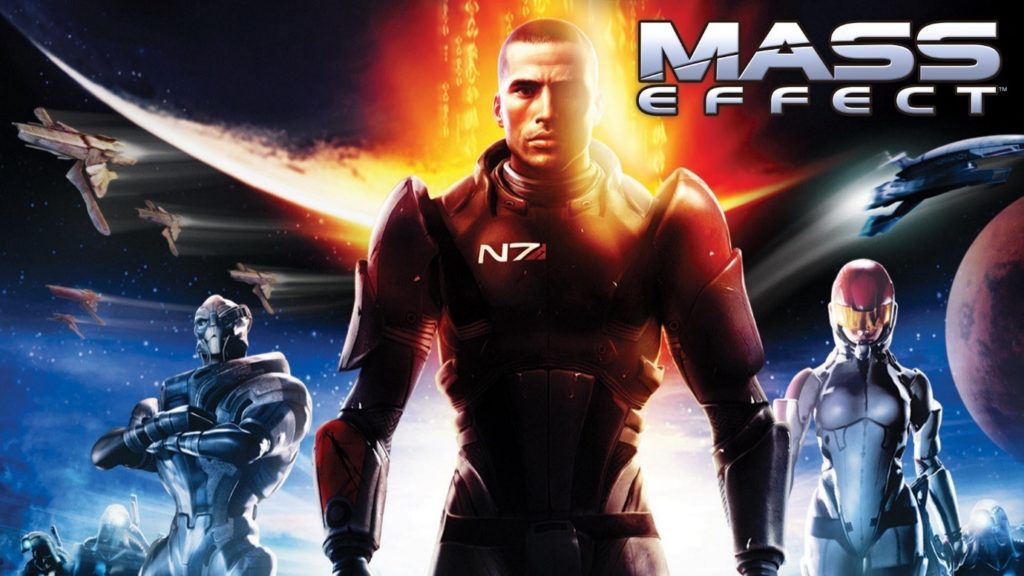 Where better to start than at the beginning? I had read an article about this new game being developed by BioWare, the company behind 2003’s Star Wars: Knights of the Old Republic (which was honestly going to be the first game I wrote about, but I wanted to mix it up a bit). It looked like a fascinating project. It was going to be called Mass Effect, and after reading the article from beginning to end, multiple times in December 2005 – I was hooked.

I waited patiently. I looked for articles in gaming magazines and online where I could, looking for any scrap of information about this game. It would be almost 2 years after I first heard about it that I would finally be able to get my hands on Mass Effect. I was not disappointed. Scratch that, I was disappointed, but only in my first attempt at a custom Shepard… he did not look like a hero. He looked like someone who had lost a fight with a skillet.

The game though? Mamma Mia, it was and still is sublime. From the opening shot following Shepard through the Normandy to Joker and Kaidan talking in the cockpit (voiced by the brilliant Seth Green and Raphael Sbarge) through to the climactic Battle of the Citadel. Having taken in numerous uncharted worlds; as well as fought legions of Geth from Noveria and Feros to the Artemis Tau Cluster and Virmire; Mass Effect was a fast-paced game that kept me hooked throughout.

I can still sit and play this original title for hours on end, being able to pretty much recite the whole thing like I’m singing along at a concert. Talking to the crew in the hub-area of the Normandy, learning about Wrex’s past, the problems Garrus had with C-Sec, and Tali’s pilgrimage to name a few, Mass Effect started the foundations of a sci-fi universe that can rival many others, including Star Wars and Star Trek.

Sure, now the gameplay is a little dated, especially in comparison to the later installments in the franchise. For a game that was made in 2007, it still holds up very nicely. It’s often seen as the worst of the Trilogy due to the gameplay, but there’s nothing actually that wrong with it, and people who moan about the Mako just need to git gud. The story and world-building far outweigh any issues with the gameplay. I have never and will never start Mass Effect 2 without having made every decision I want to make in Mass Effect. 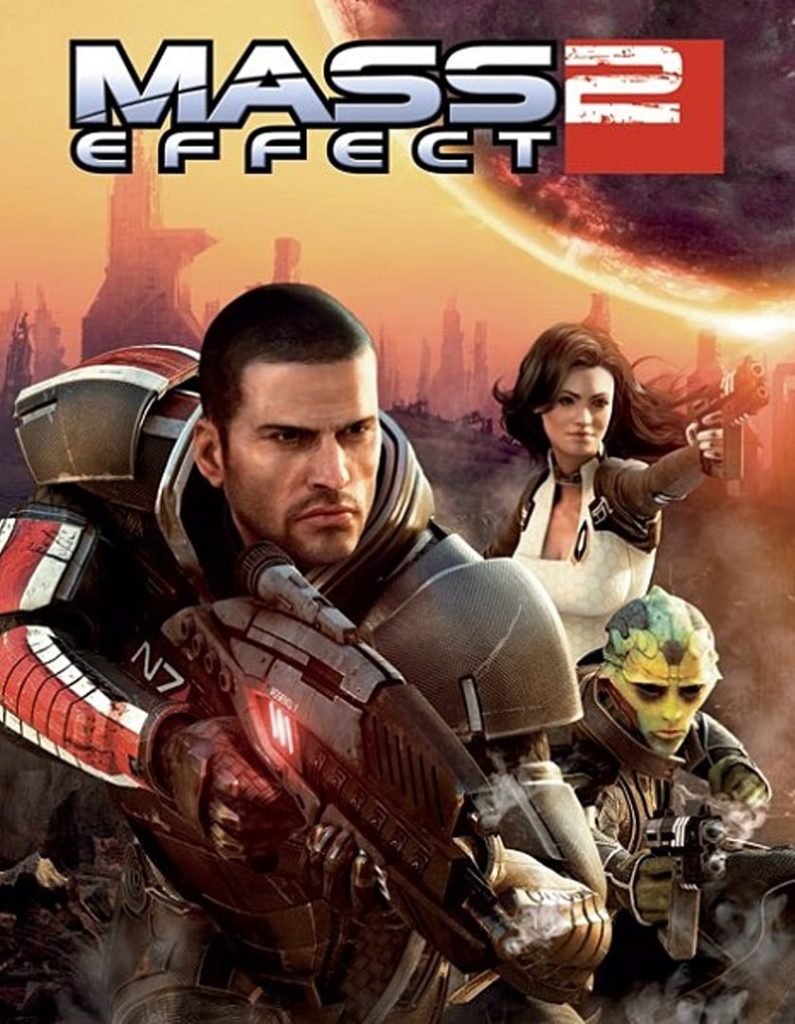 I now move onto one of the most critically acclaimed games of all time. Mass Effect 2 made many people’s Top Ten and Top Five lists for games of the past decade. I don’t think you’ll find many people who will argue with this at all. Graphically superior to Mass Effect and the gameplay has much more a focus on action than RPG, it’s still very much an RPG at its core. Decisions to be made, friendships to be forged and romances to blossom, or die, depending on what you say and do.

There are essentially 4 strands of mission that can be done in Mass Effect 2 – Main Story (fighting the Collectors, building your squad and working to go through the Omega-4 Relay); Sub-Story (Loyalty Missions); Side Quests and DLC. Speaking of DLC, Mass Effect 2 has some of the best in the business. Some of the most lingering memories of Mass Effect 2 comes from the DLC. Guaranteed to tug at the heartstrings of any Mass Effect fan, all I need to do is type the following: The square root of 912.04 is 30.2… it all seemed harmless. Tears streaming down my face.

Finally, the most controversial of the 3 games – Mass Effect 3. Personally, my favorite of the trilogy. Yes, I go against the grain of the majority by thinking that Mass Effect 3 is not only the best of all 3 games, but I also love the ending. Mass Effect 3 has, to me, some of the best and most memorable moments in the entire trilogy. Cure the Genophage? Check. End the Quarian/Geth War? Check. The fate of Mordin, Thane, and Legion? Check, check, and checkity-check-check.

Mass Effect 3 also has by far the best gameplay in the trilogy, and the level-up and XP system is much more refined and works so much better than Mass Effect 2 – they hit the sweet spot. Graphically, the game is still amazing, some 8 years on and the DLC is on-point. Even the multiplayer is still alive and well, with games easy enough to come across, even if there is a little wait sometimes. With good cause, the multiplayer in Mass Effect 3 is one of the most perfect ways that online play links in beautifully with the main single-player game of any game I’ve ever played.

An End, Once and For All

The ending though. I was not one of the many who protested and pushed for BioWare to make wholesale changes (although I do agree that the Extended Cut DLC does improve the ending). They had to put a full-stop on the trilogy in the Milky Way Galaxy, there were just too many choices and permutations to be able to successfully weave them all into a coherent Mass Effect 4 set after the events of the Reaper War. It’s why they had to leave the galaxy altogether for their 4th outing in Mass Effect: Andromeda. Which, full disclosure, I also love.

The entire trilogy is a fine tapestry of galactic war, action, romance, friendship, and beautiful character arcs. From the convict turned teacher, to the policeman turned vigilante turned hero to whatever you want your Shepard to be. The Mass Effect Trilogy allows for more head-canon than any other game franchise I’ve ever played. I’ve played the trilogy straight with nothing else going on; I’ve played as an alcoholic Shepard, and I’ve played as a Shepard who is riddled with PTSD from the events in the prologue of Mass Effect 2.

One thing that makes these games the best I’ve ever played, is the community. I’m a part of multiple gaming communities online, and by far and away, the best, least salty, least fanboy (regarding consoles), most supportive, and most family-like community is this Mass Effect group on Facebook. So good is this community that the voice actress for Suvi in Mass Effect: Andromeda (Katy Townsend) is one of over 50,000 members.

Mass Effect. The games that keep on giving. From making the ultimate choice between Kaidan and Ashley in 1 to deciding what to do with the Collector base in 2 to every decision up to and including the meeting with the Catalyst at the end of 3. I’ve been playing Mass Effect for 13 years, I will play it again this year – guaranteed. I will play it again in 2021, 2022, 2023 and beyond.