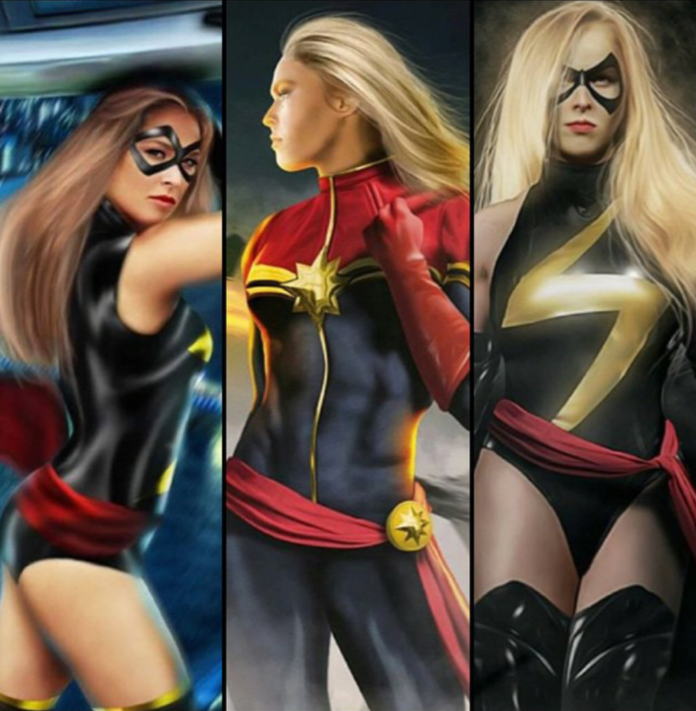 Ronda Rousey seemingly wants to play the role of Captain Marvel which she revealed  in her AMA Reddit post. It seems there is nothing that the UFC Woman’s Champion can’t do. She has tremendous backing from her fans, and along with this campaign to take on the role comes some awesome artwork on her behalf as seen below.

“Since the reddit AMA I’ve received so many badass Ms. Marvel/Captain Marvel edits! There were so many cool ones I couldn’t pick just one to share – here’s 1 series of 2 Big thank yous to contributing artists: @bosslogix (two on right) and @salman.artworks (left)”

If she’s not playing Captain Marvel I’m sure it wont be too long before we see her on the big screen in Hollywood in many various other roles.