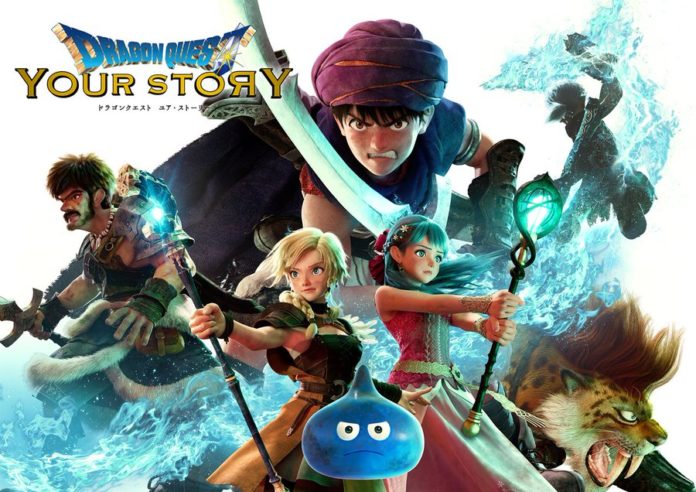 Do you have that feeling your missing something new on Netflix? Fans of the Dragon Quest games will find a new movie that has arrived on Netflix. Dragon Quest Your Story is streaming right now. The movie was originally released in Japan back in 2019, it grossed $11.1 million during its theatrical run.

Get ready to relax and experience a grand adventure. DRAGON QUEST YOUR STORY, the first CG-animated feature-length #DragonQuest film, is now streaming on #Netflix!

Adapted from DRAGON QUEST V, follow a tale across generations in the search for the Legendary Hero. Watch now! pic.twitter.com/NA7RWTezXg

If your looking for a place to play some of the Dragon Quest games here are a few of them:

In fact, this is really just the tip of the iceberg, there are so many great games from the series to enjoy.  The Dragon Quest Your Story has adapted the story from Dragon Quest V, If you’ve never played the game here is the synopsis taken directly from Netflix:

“Luca follows in his father’s footsteps to rescue his mother from evil Ladja. Finding the heavenly hero who wields the Zenithian sword is his only hope.”

This week has been a busy week for gamers. Players can find The Division 2 on sale right now for $2.99USD on the Xbox One and PlayStation 4. This coincides with the news that was just released for the upcoming expansion. We also covered the news that iOS players can now test out Project xCloud if they are lucky.